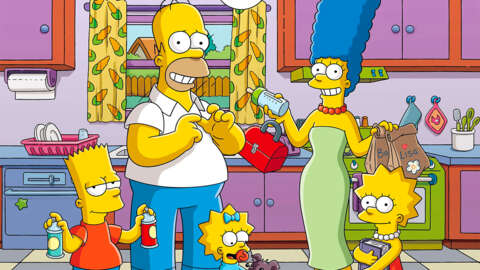 The Simpsons has been renewed by Fox for its 33rd and 34th seasons. The long-running animated comedy will now run through to 2023.

The series premiered back in 1990 and is the longest-running primetime scripted show in the history of TV. The next two seasons will bring the total number of episodes to 757. Season 32 premiered in September last year, and will continue through to May this year.

In a statement, Simpsons creator Matt Groening said, “Everyone at The Simpsons is thrilled to be renewed once more, and we are planning lots of big surprises. Homer will lose a hair, Milhouse will get contact lenses, and Bart will celebrate his tenth birthday for the thirty-third time.”

The show has undergone a bit of a casting shake-up over the past year, with white actors no longer voicing characters of color on the show. The latest cast change is Kevin Michael Richardson taking over the role of Dr. Julius Hibbert from Harry Shearer. Richardson will make his debut as Richardson on Sunday, February 28, 2021. Hank Azaria previously stepped down from voicing Indian character Apu, though Fox has not yet announced new casting for the role. Another Azaria-voiced character, Carl, is now voiced by Alex Désert.

Groening himself spoke about the issue recently, admitting that, “I actually didn’t have a problem with the way we were doing it. All of our actors play dozens of characters each, it was never designed to exclude anyone.” Nevertheless, he did state “we’re trying to make it better. Bigotry and racism are still an incredible problem and it’s good to finally go for more equality and representation.”