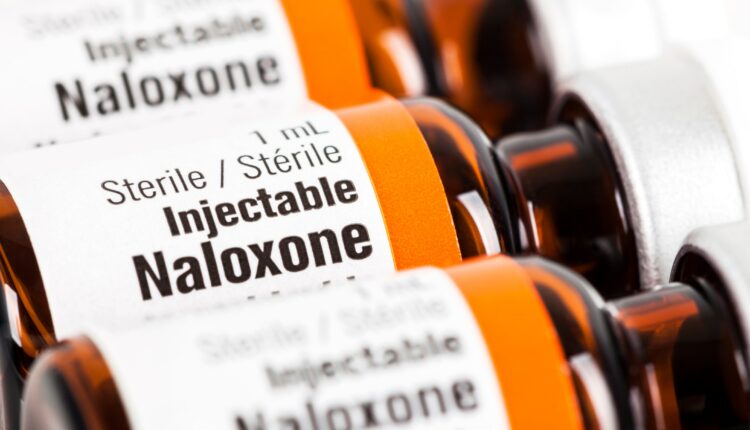 The U.S. Is Facing a Naloxone Shortage Amid Record Overdose Deaths

During the COVID-19 pandemic, the already dire overdose crisis in the U.S. became even worse. And now the country is dealing with a naloxone shortage—specifically a shortage of the most cost-effective form of naloxone—on top of that.

Naloxone, also known by the brand name Narcan, is a lifesaving drug that can reverse an opioid overdose. Unfortunately, drugmakers are seeing a shortage of the medication right now, Filter reports. While there are different types of naloxone available (including nasal sprays and costly auto-injecting devices), vials of injectable medication tend to be the cheapest and therefore are particularly important for activist groups that distribute naloxone for free within their communities.

Many of those community organizations get access to low-cost naloxone via the Opioid Safety and Naloxone Network, which has negotiated special pricing schemes with Pfizer, Filter explains. But Pfizer currently lists its supply of single- and multiple-dose vials of injectable naloxone as “depleted” due to a manufacturing issue, The Washington Post reports. The Food and Drug Administration doesn’t list naloxone on its list of drug shortages yet, but activists told WaPo and Filter that they’re feeling it.

The naloxone shortage comes at a particularly vulnerable time. Drug overdose deaths hit an all-time high in the U.S. during 2020, according to provisional data released by the Centers for Disease Control and Prevention last month. In 2019, the CDC estimates, there were about 72,000 deaths due to overdoses. And in 2020 that number rose to an estimated 95,000 deaths, which amounts to more than a 30% increase in a year.

The COVID-19 pandemic limited people’s access to medications like methadone and buprenorphine, which put them at a higher risk for overdose. At the political level, the pandemic delayed crucial votes on drug policy measures that could have directly helped people who use drugs.

Naloxone represents one crucial part of the efforts to prevent opioid overdose deaths. The drug works by blocking opioid receptors in the body, thereby blocking and even reversing the effects of opioid drugs, MedlinePlus explains. If someone is in the midst of an opioid overdose, naloxone—when administered quickly and correctly—can save their life.

Some forms of naloxone are now available at pharmacies without a prescription (although the exact regulations differ from state to state). If you’re not sure where to get affordable naloxone near you, check out the naloxone finder from the National Harm Reduction Coalition as well as local activist organizations or your local health department.