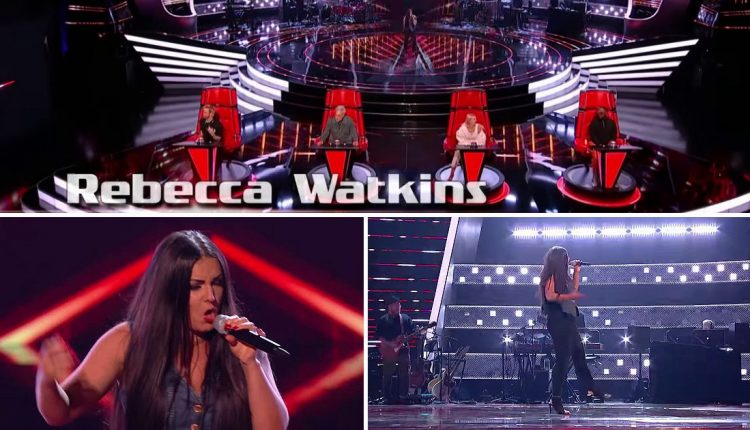 The Voice UK viewers have expressed their fury after yet another rock singer wasn’t selected by the coaches, with many calling for a ‘rock judge’ to join the show.

During the latest episode of the ITV competition, Rebecca Watkins, from Swansea, delivered an electric rendition of AC/DC’s 1980 song Back In Black.

Several Twitter users tuning into the show expressed their belief that Rebecca would have remained on the show if there had been a coach who specialises in rock music.

‘The Voice absolutely needs a rock/alternative judge because all these talents getting turned down is ridiculous,’ one person said.

‘Once again a rocky track and voice doesn’t get a turn…. Perfectly good voice and smashed it! Get a rock judge on!’ another remarked.

Someone else said that the programme needs ‘a judge like Danny or Ricky back’, referring to former The Voice UK coaches Danny O’Donoghue from The Script and Ricky Wilson from the Kaiser Chiefs.

‘There needs to be a judge for rock. It’s really not fair that there isn’t,’ a viewer stated.

‘They need a rock judge on the panel. So so often good rock singers are not chosen,’ another fan tweeted.

This marks two weeks in a row that The Voice viewers have been angered by rock singers not being chosen, with a similar scenario occurring last Saturday.

During the previous episode, the coaches failed to turn for singer Kim Jennett following her unique take on R.E.M’s Losing My Religion.

‘Yeah, [I’m a] bit gutted. I gave it my all,’ Kim said after the performance.

‘I’ve just got quite a unique voice, maybe that wasn’t what they were looking for.’

The new series of The Voice UK has seen newcomer Anne-Marie join Sir Tom Jones, Olly Murs and will.i.am in the spinning chairs as a coach.

During the launch show, Sir Tom was overcome with emotion when he received a special pre-recorded message from Stevie Wonder in celebration of his 80th birthday.

The Voice UK returns next Saturday at 8.30pm on ITV.


MORE : Olly Murs hangs up on Mark Wright after he asks The Masked Singer question live on air


MORE : The Voice UK: Singer pays tribute to late father with emotional audition: ‘The song is an open letter to my dad’