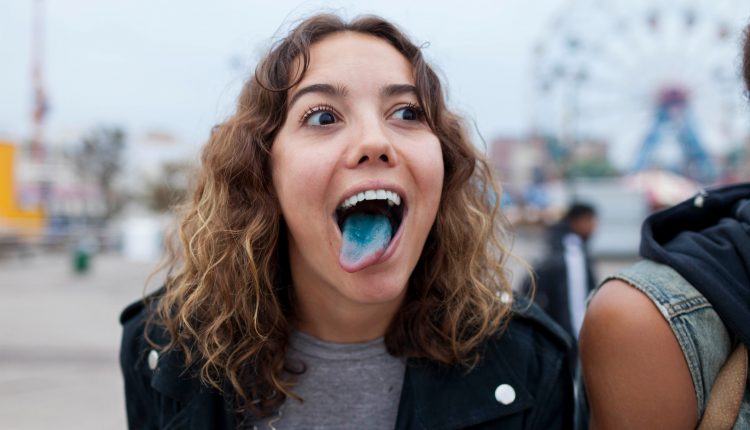 Have you ever been accused of being a picky eater?

For some, it is just that. Perhaps you don’t want your food to touch or you just can’t stand the texture of kiwis.

For others, though, there’s a scientific reason behind the pickiness – they might be a supertaster.

Tastebuds – or fungiform papillae to the boffins – cover our tongues, with receptors on them that send signals to the brain about what we’re eating.

Supertasters are people who have more of these tastebuds than the average person but, despite sounding like a superpower, it can actually make a lot of otherwise-delicious foods unbearable.

As well as a higher number of tastebuds, supertasters are thought to have a gene called TAS2R38, which makes them extra sensitive to 6-n-propylthiouracil (PROP).

This intensifies bitterness in foods, but some supertasters report finding salty and sweet flavours excessive too, preferring more bland items instead.

On the opposite end of the spectrum are non-tasters, who have fewer tastebuds and find many foods duller than the rest of us.

It’s estimated that up to 25% of people are supertasters (with women being more likely to experience this) and up to another quarter of the population being non-tasters.

Find out if you’re a supertaster

The main way to work out if you’re a supertaster is to taste the foods listed above. You’ll probably already know if many of the foods on that list are ones that you don’t enjoy, but it’s all about whether you taste bitterness in them.

There is also another method, which is a bit fiddly but can be a fun experiment (especially with kids during the summer holidays).

For each person testing, you’ll need a paper punch-hole reinforcer. These little round stickers with a hole in the middle can be purchased from any stationery shop.

You’ll also need blue food colouring, and a magnifying glass or way to look very closely at your tongue.

Put a drop of the colouring onto the end of your tongue before swishing some water around your mouth and sticking your tongue right out.

This should dry out your tongue slightly so you’re able to put the sticker over the blue-coloured area. You should, by this point, be able to see the tastebuds sticking (still pink-coloured) out of the blue of your tongue.

Carefully count out each tastebud (using the magnifying glass if need be). If there are more than 30 fungiform papillae in the small hole, this means you’re probably a supertaster. Fewer than 15 means you’re potentially a non-taster.

Just don’t think this means you can get out of eating your nan’s cabbage stew scot-free from now on, though.

Get in touch at [email protected]