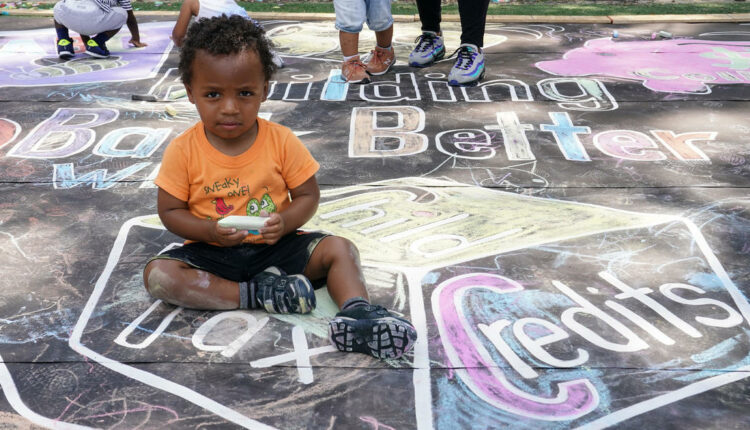 The third monthly payment of the enhanced Child Tax Credit is landing in bank accounts on Wednesday, providing an influx of cash to millions of families at a time when most other major stimulus programs for U.S. households have ended.

Parents of about 60 million children will receive direct deposit payments on September 15, while some may receive the checks through the mail anywhere from a few days to a week later. Parents of eligible children under 6 will receive $300 per child, while those with children between 6 to 17 will receive $250 per child on Wednesday.

The September 15 payment marks the halfway point of the direct cash assistance, with only three monthly payments remaining under the plan signed into law by President Joe Biden through the American Rescue Plan. But some Democratic lawmakers are currently working on an extension of the enhanced Child Tax Credit (CTC) through 2025, although that’s far from guaranteed. In the meantime, anti-poverty advocates say the CTC has helped families weather the ongoing effects of the pandemic.

“The bills come monthly, and so should the checks,” said Natalie Foster, co-chair of the Economic Security Project, a nonprofit that advocates for guaranteed income. “We know that these first two checks have really impacted families in a meaningful way.”

For instance, the share of households with children that sometimes or often didn’t have enough to eat dropped to 8.4% from 11% after the first check arrived, according to an analysis of Census data by the Senate Joint Economic Committee. Food and educational expenses ranked among the top uses of the checks, with 7 in 10 families putting the funds toward goods, services or paying down debt, the JEC report found.

More than 400 economists — including Nobel laureate Peter Diamond of MIT and renowned inequality experts Gabriel Zucman and Emmanuel Saez of the University of California Berkeley — sent a letter to lawmakers on Wednesday urging Congress to make the enhanced CTC a permanent feature of the tax code.

“A permanently expanded CTC would yield tremendous immediate and long-term benefits for children and their families and would be unlikely to meaningfully reduce employment,” the economists wrote in the letter.

Meanwhile, the Delta variant is causing a resurgence in COVID-19 cases, hampering job growth in August as some businesses hesitated to hire and millions of workers sat on the sidelines amid growing fears about infection. But federal pandemic unemployment benefits ended on Labor Day for 9.1 million people, which means families struggling with joblessness may be more reliant on the CTC to make ends meet.

Here’s what to know about the third Child Tax Credit payment.

When does the Child Tax Credit arrive in September? The third payment date is Wednesday, September 15, with the IRS sending most of the checks via direct deposit. The IRS is relying on bank account information provided by people through their tax returns or via its Non-filer tool, which is aimed at people who don’t normally file tax returns. The bank deposit will be labeled “CHILDCTC.”

The remaining three payments will arrive on the 15th of October, November and December.

Can I opt out of the September payment?Some people may want to opt out of the monthly cash payments, such as if they would rather get a bigger tax refund in 2022 or if one parent in a divorced couple isn’t claiming the child as a dependent in 2021.

Unfortunately, it’s too late to un-enroll from the September payment, as the IRS deadline to opt out was on August 30. However, families can still opt out for the final three checks by un-enrolling via the Child Tax Credit Update Portal by these dates:

Work requirements have been popular with some lawmakers who want to ensure that recipients of federal benefits aren’t incentivized to sit on the sidelines. But research indicates that most families would continue to work if the tax credit was extended, according to the left-leaning Center on Budget and Policy Priorities.

The 400 economists who are urging a permanent expansion of the enhanced CTC also said it is unlikely to impact parents’ incentives to work, pointing to research that found Alaska’s permanent fund dividend — an annual cash dividend that is provided to all state residents — had no impact on employment rates. “Recent empirical studies suggest that the income provided through the program is unlikely to meaningfully reduce parental labor supply,” the letter noted.

How can I enroll a child born in 2021?Because the CTC is a tax credit for the 2021 tax year, children born in the current calendar year qualify for the payments. But families with children born in 2021 need to take an extra step to make sure they get the checks this year.

That’s because the IRS is relying on 2019 or 2020 tax returns to determine eligibility — which means the agency won’t be aware of a child born in 2021 unless parents update their information with the IRS as soon as possible.

But the Child Tax Credit Update Portal (CTC UP) still doesn’t have the functionality to add a child born in 2021, although the IRS says that will be available starting in “late summer.” Families with new children should check back to see if that’s been added in the next few weeks.

Can I update my bank account?Yes, the IRS Child Tax Credit Update Portal (CTC UP) allows people to update their bank account information.

I’m a parent but haven’t gotten a payment yet. What’s wrong? There could be a number of reasons why, ranging from eligibility to lack of information on the IRS’ part.

For instance, parents who share custody of a child may encounter this issue. The IRS said it will send the CTC checks to the parent who claimed the child as a dependent in 2020. That can be an issue if the other parent plans on claiming the child as a dependent in 2021, since a parent who received the payments may need to pay back the IRS in 2022.

Parents who know they won’t claim the child on their 2021 tax return should unenroll from the CTC payments if they want to avoid having to repay the tax credit, according to the IRS. The other parent, meanwhile, will get the full CTC when they file their taxes in 2022, the IRS said.

Some people may also have fallen through the cracks, such as people who normally don’t file taxes, since the IRS partly relies on tax returns to determine eligibility and where to send the checks.

People can provide their information to the IRS through its Non-filer tool or through a new site that debuted this month called GetCTC.org, which was created by the White House and Code for America.

The checks arrived “pretty seamlessly for millions of families,” said Foster of the Economic Security Project. “There is still more work to be done to make sure every family can get it.”