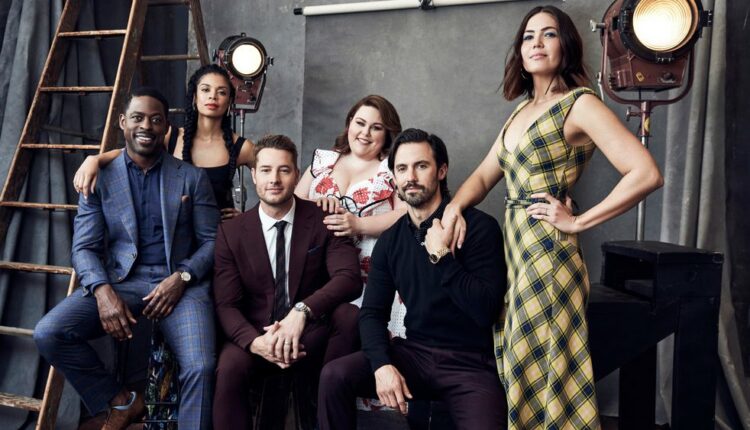 ‘This Is Us’ Cast’s Post-Show Plans: What’s Next for Justin, Milo and More

All good things … must come to an end — but they also may lead to other good things. This Is Us‘ final season will debut in January 2022 and wrap up later that year, leaving the award-winning cast open for new projects.

Milo Ventimiglia, for one, has already begun other projects, reuniting with Gilmore Girls creator Amy Sherman-Palladino on her Amazon series, The Marvelous Mrs. Maisel, which his costar Sterling K. Brown also guest-starred on.

“[He’s playing] someone very handsome,” Sherman-Palladino said at the Nantucket Film Festival in June. Her husband and producing partner, Daniel Palladino, added, “You have to see it in context because it’s actually a very different thing we’re doing with him. We needed someone of his caliber and his handsomeness, so we asked Milo to do it. But you have to see it in the context.”

Justin Hartley, who has played Kevin Pearson on This Is Us, has many projects lined up after the NBC drama wraps. In September, CBS announced that the actor will lead The Never Game, a TV adaptation of Jeffrey Deaver‘s novel.

“I couldn’t be happier that The Never Game is coming to CBS, and that Colter Shaw will be brought to life on screen soon,” the Hunt actor said in a statement. “When I read the book, I was immediately drawn to the character and the story; developing this project with Ken has been a true labor of love. Colter is going to kick some serious ass, and I can’t wait for audiences to meet him.”

Chrissy Metz, for her part, is also excited to continue acting and playing music when the show wraps. While she exclusively told Us Weekly in July that she never wants to give up acting for good, she’s looking forward to finally being able to release her personal new album — especially if it helps others.

“I just know from every experience I’ve had — whether it’s a terrible audition, a terrible date, a bad relationship, whatever — people learn and grow from other people’s experiences,” the Golden Globe nominee told Us at the time. “I love this wave that’s happening on Instagram. I literally follow people who make cookies, psychologists and therapists. That’s about all I follow and maybe Lizzo! I’m learning so much from the way that other people are processing their trauma and their issues. We aren’t taught that, and we don’t know how to do it. … I’m like, ‘Wow, the more honest I am, the more growth and healing there can be.’ It’s healing for me.”

Scroll through the gallery below to see what the cast is planning next: