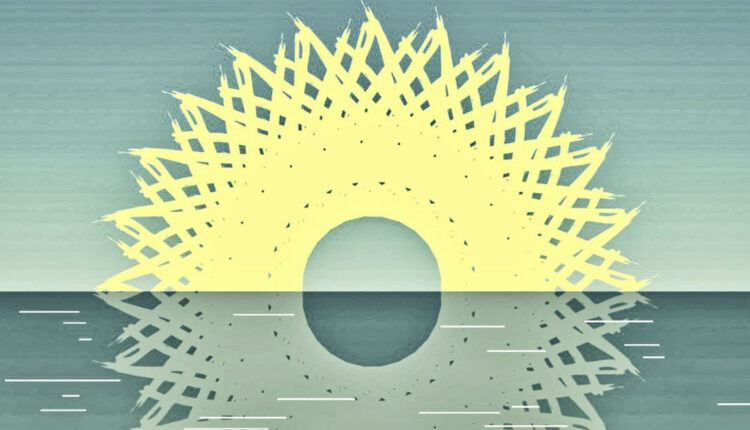 COVER STORY: Surviving locked-in syndrome: How one man confounded expectations of death | Watch Video
Rushed to a Massachusetts emergency room four years ago, 28-year-old Jacob Haendel exhibited signs of stroke. Doctors thought Haendel was in a vegetative state and would soon die, but the one-time chef was very much awake and conscious, suffering from locked-in syndrome – a purgatory between life and death. Correspondent Lee Cowan talks with Haendel about his extraordinarily rare medical trauma, and about his remarkable recovery.

After the pandemic limited its performance schedule to streaming options, Wolf Trap will soon welcome back audiences at full capacity.

PARKS: Audiences return to Wolf Trap | Watch Video
The only national park devoted to the performing arts, Wolf Trap in Virginia is once again showcasing great performances surrounded by the great outdoors. Correspondent Conor Knighton reports on the park’s past and present, just in time for their 50th anniversary season.

TOYS: How the Super Soaker’s inventor made a big splash (Video)
When inventor Lonnie Johnson took a simple squirt gun and ramped it WAY up, he had no idea what a hit it would be. Since the early 1990s, the Super Soaker has soaked up more than $1 billion in toy sales. But Johnson hasn’t stopped there. Correspondent Mo Rocca reports on how Johnson, a former engineer at NASA’s Jet Propulsion Laboratory, continues to make a big splash. Originally broadcast on May 21, 2017.

ART: Artist Alice Neel, a collector of souls | Watch Video
While the art world was celebrating abstract expressionism and other avant-garde movements, American artist Alice Neel (1900-1984) captured humanity in her radical figurative paintings that revealed the complexity and dignity of her often-overlooked subjects. Correspondent Faith Salie visits an exhibit of Neel’s work, at the Metropolitan Museum of Art in New York City, that spotlights the artist’s humanism.

Correspondent David Pogue dares to ride the Cyclone at New York’s Coney Island, the second-steepest wooden rollercoaster in the world.

RECREATION: How Coney Island became the people’s playground | Watch Video
Amusement park rides and sideshows, hot dogs, and mermaid parades: Coney Island, a tiny stretch of beachfront in Brooklyn, has left an indelible mark on the world’s popular imagination for nearly 150 years. Correspondent David Pogue rides a rollercoaster of history in exploring the allure of the New York seaside resort.

HARTMAN: Chance meeting (Video)
Six-year-old Raelynn Nast, of Fort Smith, Ark., has always been proud of her father, Davey, and always wanted to introduce him to everybody. When Emily Beineman was jogging with her dog past a funeral home, Raelynn proudly asked her if she’d like to meet her dad, who was lying inside. Unsure, Beineman followed her gut, and followed Raelynn down the aisle. Correspondent Steve Hartman reports on how an act of kindness has bonded the two together.

SUNDAY PROFILE: Geena Davis on increasing opportunities for women on screen | Watch Video
Thirty years after the Oscar-winning actress starred in the transcendent tale of female friendship “Thelma & Louise,” Geena Davis is still fighting to improve opportunities for women in the film industry. She talked with correspondent Tracy Smith about seeking change in front of, and behind, the camera; playing an athlete (and becoming one); and what she’d like her headstone to read.

Geena Davis Institute on Gender in Media (seejane.org)Bentonville Film Festival, Bentonville, Ark. (August 2-8)The documentary “This Changes Everything” is available to stream on Amazon Prime Video and Netflix
TRAVEL: A sense of direction: Finding your way without GPS | Watch Video
Many creatures of the animal kingdom share a unique sense of navigation, but not all humans are so gifted. CBS News chief medical correspondent Dr. Jon LaPook (who describes himself as “direction-challenged”) shares tips from experts about how better to steer ourselves through uncharted territory – and get back again.

GALLERY: Musicians are back on stage
After COVID shuttered live music events around the world in 2020, musical artists are now returning to festival and concert stages – and so are the fans.

DVR Alert! Find out when “Sunday Morning” airs in your city

Full episodes of “Sunday Morning” are now available to watch on demand on CBSNews.com, CBS.com and Paramount+, including via Apple TV, Android TV, Roku, Chromecast, Amazon FireTV/FireTV stick and Xbox.

You can also download the free “Sunday Morning” audio podcast at iTunes and at Play.it. Now you’ll never miss the trumpet!

Here are the Galaxy Z Fold 3, Pixel foldable and iPhone 13 leaks from this past week