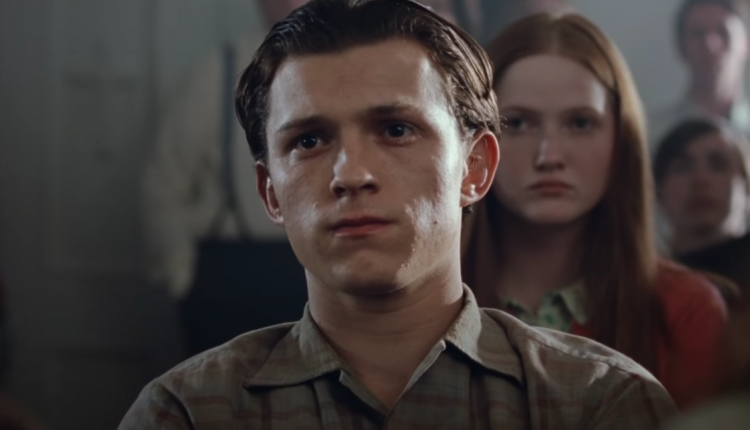 The Devil All The Time viewers are calling for Tom Holland to land an Oscar nomination thanks to his stint in the new Netflix film.

The 24-year-old starred as Arvin Russell in the psychological thriller – based on Donald Ray Pollok’s novel of the same name – alongside Robert Pattinson, Sebastian Stan and Riley Keough.

His character slowly descended down a trail of darkness as he battled against evil forces haunting his loved ones.

And, just hours after the movie landed on Netflix, fans couldn’t get over Tom’s epic turn in front of the camera, with the actor trending on Twitter.

Taking to the social platform, one penned: ‘Tom Holland as Arvin Russell, that’s it, that’s the tweet.’

‘Tom Holland’s performance in The Devil All The Time just proves that he really is one of the greatest actors of this generation,’ a fan agreed.

‘Tom Holland in The Devil All The Time is by far his best performance of his career… and no, you can’t argue about this,’ a Twitter user wrote.

‘Just hoping that Tom Holland gets the Oscar he deserves for the devil all the time,’ another shared.

A follower screamed: ‘I STAND BY WHAT I SAID. TOM HOLLAND DESERVES AN OSCAR FOR HIS PERFORMANCE HERE.’

‘I JUST FINISHED WATCHING TDATT AND DAMN TOM HOLLAND TRULY DESERVES AN OSCAR FOR HIS PERFORMANCE,’ an impressed viewer added.

The Devil All The Time is helmed by Antonio Campos, and Tom previously revealed how eager he was to finally work with the director.

Chatting to Entertainment Weekly, the Spider-man favourite said: ‘I was really eager to work with Antonio because his previous films that I’ve seen are very raw.

‘I guess it was the challenge of doing a different accent, playing the rural kid, a period film, a new director.

‘Everything ticked the boxes for me.’

It looks like the feeling is definitely mutual, with Antonio deeming him a ‘very sweet person’ and a ‘very generous actor’.

‘He wanted to go where he had to go,’ he added. ‘Tom’s electric.

‘He’s sort of sitting there doing nothing and is immensely watchable.’

Tell us something we don’t know, hun.

The Devil All The Time is available to stream on Netflix now.

MORE: Cardi B and Offset’s relationship timeline as WAP star files for divorce after three years of marriage

MORE: Kourtney Kardashian steps out after new Keeping Up With The Kardashians trailer saw her grilled about having another baby Biden heads to Georgia as Trump turns to Midwest