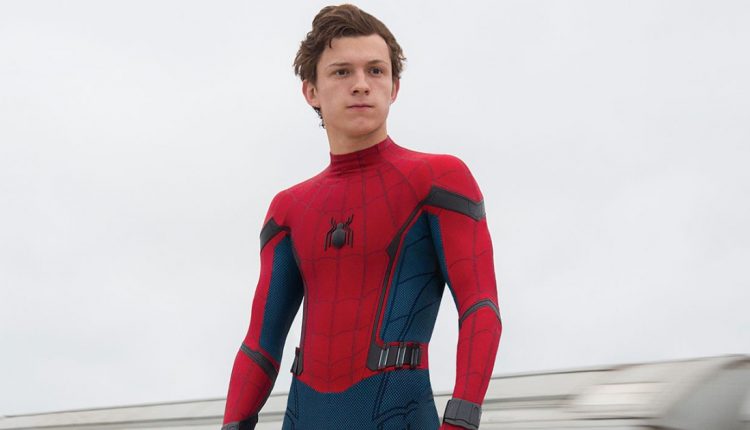 Tom Holland is opening up about Spider-Man’s future in the Marvel Cinematic Universe, following the news that Disney and Sony have failed to reach a deal on new films.
Holland stopped by PEOPLE and EW’s studio backstage at Disney’s D23, where he addressed the news that Disney has no new plans to include Spider-Man in future MCU films.
“Basically, we’ve made five great movies,” Holland told EW. “It’s been five amazing years. I’ve had the time of my life. Who knows what the future holds? But all I know is that I’m going to continue playing Spider-Man and having the time of my life. It’s going to be so fun, however we choose to do it. The future for Spider-Man will be different, but it will be equally as awesome and amazing, and we’ll find new ways to make it even cooler.”

Earlier this week, news broke that Disney would be ending its partnership with Sony Pictures on the Spider-Man franchise, thanks to a disagreement over co-financing. Sony owns the film rights to the iconic superhero, and several years ago, the studios struck a deal: Marvel Studios president Kevin Feige would help produce Sony’s solo Spider-Man films, allowing Holland’s Spidey to appear in the Marvel Cinematic Universe, beginning with 2016’s Captain America: Civil War.

After the release of this summer’s Spider-Man: Far From Home (which has now become Sony’s highest-grossing film of all time with $1.11 billion worldwide), Disney reportedly asked to share co-financing on future Spider-Man solo films, while Sony wanted the financing arrangement to remain the same as it had been. Unless a deal can be reached, Holland will not appear in any future MCU movies (and no MCU characters will appear in Holland’s solo films).

Feige also spoke to EW on Saturday about his reaction to the Spider-Man news. He served as producer on Holland’s two solo films and will not produce any future films for Sony.
“I’m feeling about Spider-Man gratitude and joy,” Feige told EW. “We got to make five films within the MCU with Spider-Man: two standalone films and three with the Avengers. It was a dream that I never thought would happen. It was never meant to last forever. We knew there was a finite amount of time that we’d be able to do this, and we told the story we wanted to tell, and I’ll always be thankful for that.”

Holland also briefly alluded to the Spider-Man news on stage at D23. He made an appearance at Disney’s panel Saturday morning to tease some new footage from his upcoming Pixar movie, Onward, with Chris Pratt and Julia Louis-Dreyfus. Before leaving the stage, he stopped to tell the audience, “Hey everyone, it’s been a crazy week but i want you all to know from the bottom of my heart that I love you 3000.”

Brexit: US trade deal will not be ‘plain sailing’, Johnson warns ahead of meeting with Trump