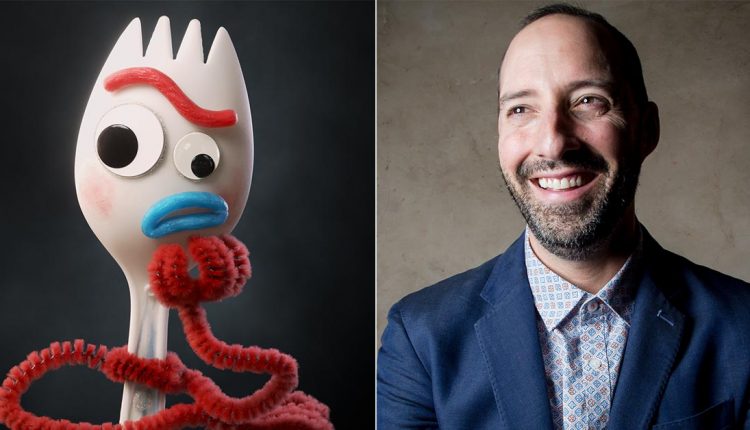 If you can’t get enough of Forky, the spork from Toy Story 4 who believes he’s trash (#relatable), then you’re in luck.
On Friday, at the annual D23 Expo, Disney announced the neurotic spork will be part of a collection of shorts Pixar is releasing on Disney+ titled Forky Asks A Question. Tony Hale, the actor behind the voice of Forky, sat down in the EW-PEOPLE video studio backstage to tease the forthcoming shorts.

“So it’s super fun,” he says. “If you’ve seen the movie, Forky’s a character who thinks he’s trash, and Woody comes along and he’s like, ‘You’re not trash. You have a greater purpose. You’re meant for more.’ And his world just opens up, and he just has a ton of questions. He’s always going to have a ton of questions.” With questions, comes the potential for more story material.

Hale elaborates, “The shorts center on a lot of those questions — What is money? What is a friend? What is love? What is the internet? And a lot of the Disney characters come in — Trixie, Mr. Potato Head, Hamm — amongst many others, and it’s just this really beautiful, simple, funny format just to ask these general questions.”
The Veep star, who is up for an Emmy for his work on the series again this year, opened up to EW about what he loves about the character of Forky. “What I love about him is not only is he made simply, he sees the world very simply,” he says. “He doesn’t have the preconceived notions that everybody else has.”

For more from Hale, including the Forky voice he does to blow his friends’ kids’ minds, watch the clip above.
Related content:

Raul Jimenez rescues a point for Wolves with stoppage-time penalty