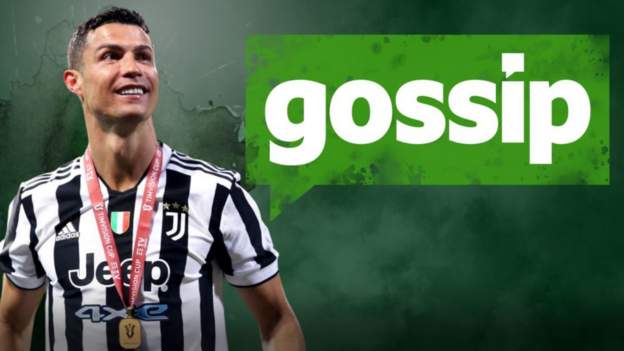 The potential return of Paris St-Germain manager Mauricio Pochettino would not be enough to persuade Kane, 27, to stay at Tottenham. (Times)external-link

Pochettino wants to return to Spurs but PSG have triggered an extension in his deal in an attempt to keep him. (Mail)external-link

Manchester City could offer at least one player as part of a deal for Kane, with Spurs keen on Brazil striker Gabriel Jesus, 24, and Netherlands defender Nathan Ake, 26. (Mail)external-link

Manchester United are also interested in Kane and Grealish, while the two clubs are also set to compete for West Ham and England’s 22-year-old central midfielder Declan Rice. (Mirror)external-link

Barcelona have proposed that Brazil midfielder Philippe Coutinho, 27, returns to Liverpool to cover the remaining fees they owe the Merseyside club from his 2018 transfer. (AS – in Spanish)external-link

Chelsea and Manchester United are both willing to meet Real Madrid’s £70m asking price for 28-year-old France defender Raphael Varane, and both will double his wages. (Defensa Central – in Spanish)external-link

Real Madrid’s Belgium winger Eden Hazard, 30, has ruled out a return to the Premier League this summer. (Mail)external-link

Bayern Munich and Poland striker Robert Lewandowski, 32, has refused to rule out a move amid interest from Chelsea, Barcelona and Real Madrid. (Canal+ via Metro)external-link

AC Milan want to sign Chelsea and France striker Olivier Giroud, 34, when his contract expires at the end of June. (Goal)external-link

Arsenal and France midfielder Matteo Guendouzi, 22, is open to joining Ligue 1 side Marseille if the two clubs can agree a deal. (L’Equipe via Mirror)external-link

Southampton and Celtic are both interested in Newcastle goalkeeper Freddie Woodman, 24. (Chronicle Live)external-link

Sporting could also sign Manchester City and Venezuela midfielder Yangel Herrera, 23, who spent last season on loan at La Liga side Granada. (A Bola – in Portuguese)external-link

The agent of Inter Milan and Morocco defender Achraf Hakimi, 22, and Argentina striker Lautaro Martinez, 23, has said all players have a price#, with talk of the Italian champions needing to cut their budget. (Mail)external-link

“I also faced the ugly side of football”: Mark Walters looks back at a pioneer of race in the gameDefying gravity with Lily Rice: The first person ever to land a wheelchair backflip

Happy Fourth Anniversary To The Start Of The Cursed Dark Universe