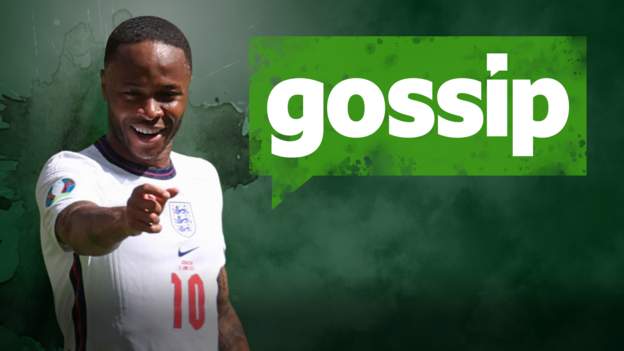 England winger Raheem Sterling, 26, expects to stay at Manchester City next season despite being linked with a move away from the Premier League champions. (Manchester Evening News)external-link

Manchester United have offered 36-year-old Portugal forward Cristiano Ronaldo £17m a year to return to the club from Juventus in a deal that could see France midfielder Paul Pogba, 28, move the other way. However, Ronaldo’s preferred option is a switch to Paris St-Germain. (Gazzetta dello Sport, via Mail)external-link

Juventus are looking to hold talks with midfielder Aaron Ramsey’s representatives as they try to offload the 30-year-old Wales international, although there has been no contact with former club Arsenal. (Goal)external-link

Barcelona have held talks with France forward Ousmane Dembele’s representatives about extending the 24-year-old’s contract with them but no progress was made after the first meeting. (Marca)external-link

Arsenal are monitoring Ajax keeper Andre Onana but have yet to make an offer as rival interest grows in the 25-year-old Cameroon international – who is currently serving a nine-month ban for a doping violation. (Goal)external-link

Anderlecht have rejected a bid of about £13.5m from Arsenal for 21-year-old Belgium midfielder Albert Sambi Lokonga and want closer to £18m. (Mail)external-link

Brighton are keen to extend English striker Danny Welbeck’s spell at the club and are in talks about extending the 30-year-old’s contract. (Brighton Argus)external-link

France winger Kingsley Coman, who has been linked with a move to Manchester United, is unlikely to leave Bayern Munich as he will be part of new manager Julian Nagelsmann’s plans and the German club would want £60m for the 25-year-old. (Goal)external-link

Sevilla sporting director Monchi has played down speculation linking Spain centre-back Sergio Ramos with a return to the club and says he thinks the 35-year-old “is in talks about staying with Real Madrid”. (Sky Italia, via Marca)external-link

Fulham manager Scott Parker is set to leave the club this week and is fellow Championship side Bournemouth’s number one target to take over as their new manager. (Telegraph) external-link

Norwich City and Southampton are the leading contenders to sign 24-year-old Blackburn Rovers striker Adam Armstrong, who has one year left on his Ewood Park contract. (Mail)external-link

The back page of the Daily Express
Read More