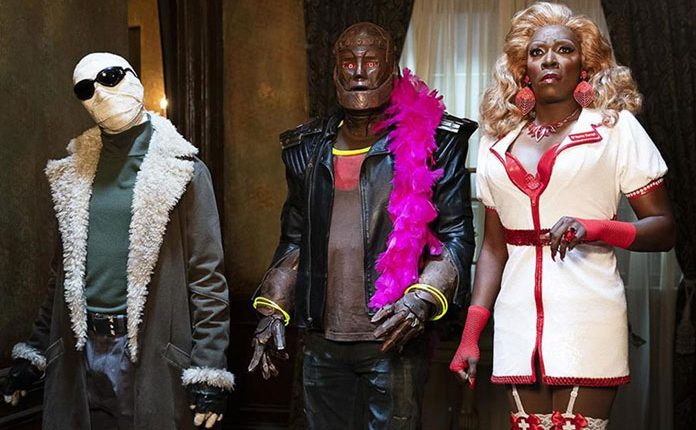 Doom Patrol
The stunt team who works on HBO Max’s “Doom Patrol” series have confirmed that production has finally begun on the upcoming third season of the series ahead of a planned return later this year. [Source: Instagram]

Caillou
After more than two decades on the air, long-running PBS Kids show “Caillou” has been canceled. Reaction so far has been mostly positive to the news as it seems many were not fans.

The series centers on a precocious self-centered boy and his family and has long been targeted by parents with complaints about it turning their kids into whiny brats. [Source: CNN]

Search Party
HBO Max has dropped the trailer for the fourth season of the comedy-thriller series “Search Party” which premieres January 14th with three episodes that day, three episodes on the 21st and four on January 28th.

In the new season Dory (Alia Shawkat) is held prisoner by her psychotic stalker Chip (Cole Escola), who is determined to make Dory believe that they are best friends.

The series centers around a team of four aliens who have escaped their exploding home world, only to crash land into a move-in ready home in suburban America. They are evenly split on whether Earth is awful or awesome.

Inside the Senate chamber as rioters stormed the Capitol