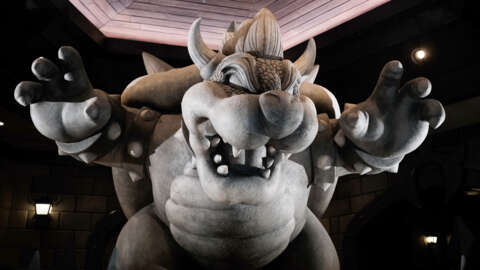 At long last, there’s an update about the third theme part at the Universal Orlando Resort in Florida. Universal’s Epic Universe will be home to in the state, which will resemble the themed land at Japan’s Universal Studios Osaka. After being suspended due to the COVID-19 pandemic, work on the park has resumed.

A statement from Universal Orlando reads, “Work on Epic Universe paused in July 2020, as the company adjusted plans in the midst of the pandemic. The restart will begin immediately–but is expected to take several months before reaching full-speed as Universal re-staffs for the project and reassembles its vendor and contractor teams.”

Included in , beyond the theme park itself, is a hotel, shops, an entertainment center, and restaurants. Of course, one of the most exciting additions is the aforementioned Super Nintendo World area within the park, which puts visitors into the world of a Super Mario Bros. video game.

Already a media event has taken place at Universal Osaka’s version of the land, showing exactly what you should expect by stepping into the Nintendo-themed area–from a Super Mario Kart ride, to fighting Bowser Jr. in an augmented reality attraction. It’s also believed that Universal Studios Hollywood will be getting its own Super Nintendo World at some point.

There is currently no opening date set for Universal’s Epic Universe.