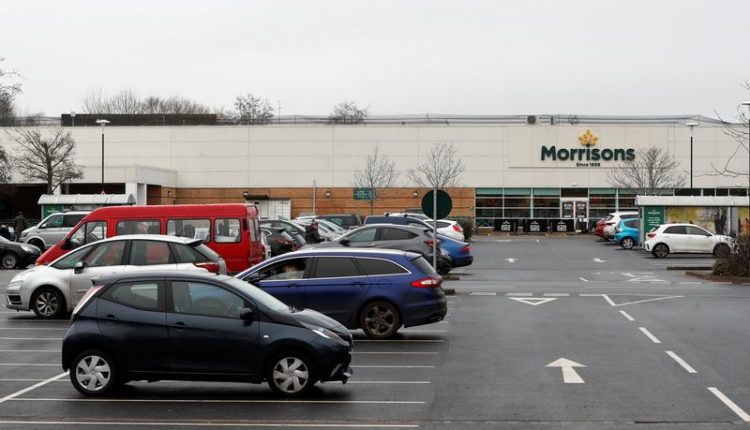 A general view shows the car park of a Morrisons Supermarket which will be turned into a drive through vaccination centre for the coronavirus disease (COVID-19), in Yeovil, Britain, January 9, 2021. REUTERS/Paul Childs

LONDON, June 19 (Reuters) – Britain’s Morrisons (MRW.L) declined comment on Saturday after a report that private equity firm Clayton Dubilier & Rice (CD&R) has made a preliminary bid approach to the supermarket group’s board that could value it at 5.5 billion pounds ($7.59 billion).

Shares in Morrisons, down 3% over the last year, closed Friday at 182 pence, valuing the group at 4.33 billion pounds.

It said a bid could involve Terry Leahy, the former Tesco CEO who is a senior adviser to CD&R.

When at Tesco, Leahy was the boss of Andrew Higginson and David Potts, who are now Morrisons’ chairman and CEO respectively.

A bid for Morrisons would follow Walmart’s (WMT.N) recent sale of a majority stake in Asda to the Issa brothers and private equity firm TDR Capital. read more

That deal valued Asda at 6.8 billion pounds and followed Sainsbury’s failure to takeover Asda after an agreed deal was blocked by Britain’s competition regulator in 2019.

Morrisons has a partnership agreement with Amazon (AMZN.O) and there has been persistent speculation that it could emerge as a possible bidder.