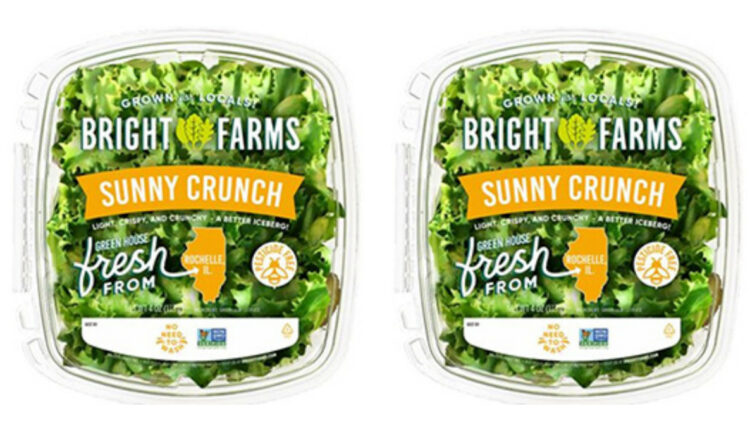 UPDATE: At the time this story was posted the FDA had not yet posted the BrightFarms recall notice. Several products have been recalled, some with expiration dates through July 29. Click here to read more about the recall.

The CDC has confirmed it is investigating a multi-state Salmonella Typhimurium outbreak and is advising the public to not eat a certain kind of packaged salad from BrightFarms.

The Food and Drug Administration reported on July 14 that it was investigating an outbreak, but did not release any specific information. As of the posting of the outbreak announcement by the CDC this afternoon, no recalls had been posted by FDA in relation to the outbreak. Today the FDA confirmed that Sunny Crunch packaged salad from BrightFarms is the likely source of the contamination.

Eight people in two states, Illinois and Wisconsin, have been confirmed infected, according to the Centers for Disease Control and Prevention (CDC). The people range in age from 31 to 61 years old. No hospitalizations or deaths had been reported as of July 14.

Additional sick people are likely to be identified because of the time it takes for diagnosis, confirmation testing and reporting. Confirmed illnesses had onset dates from June 10 to June 15.

“The true number of sick people in an outbreak is likely much higher than the number reported, and the outbreak may not be limited to the states with known illnesses. This is because many people recover without medical care and are not tested for Salmonella. In addition, recent illnesses may not yet be reported as it usually takes three to four weeks to determine if a sick person is part of an outbreak,” according to the CDC’s outbreak notice.

Traceback data and interviews with patients show that BrightFarms brand Sunny Crunch salad is the likely source of the Salmonella, the CDC and FDA reported. According to the company, the packaged salad was distributed in Illinois, Wisconsin, Iowa, and Indiana.

Officials from Illinois and Wisconsin interviewed people about the foods they ate in the week before they got sick and collected shopper card records to determine what products they bought.

Advice from the CDC

Anyone who has eaten any of the implicated salad and developed symptoms of Salmonella infection should seek medical attention. Sick people should tell their doctors about the possible exposure to Salmonella bacteria because special tests are necessary to diagnose salmonellosis. Salmonella infection symptoms can mimic other illnesses, frequently leading to misdiagnosis.