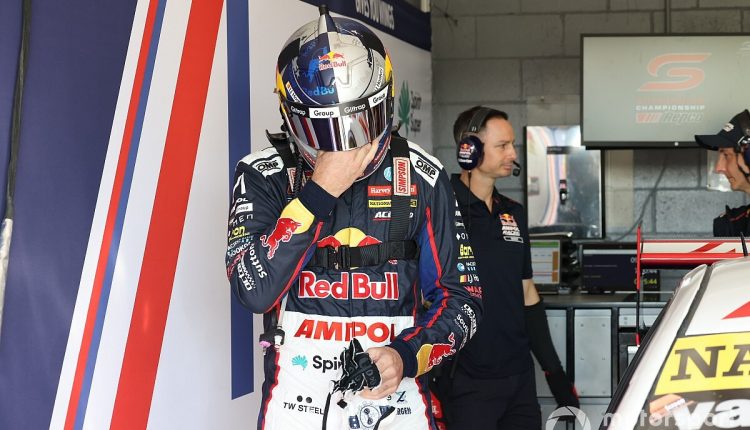 The points leader broke his collarbone less than a fortnight ago while mountain biking and, following surgery, has been in a race against time to be fit for this weekend’s three Sandown races.

The injury got its first proper workout during this morning’s first half-hour practice session, allowing van Gisbergen to assess whether he’ll be able to get through the weekend.

Pace wasn’t an issue, van Gisbergen leading the way early and only slipping back to seventh despite not running new tyres.

And, while admitting it was uncomfortable, he says the pain wasn’t bad enough to distract him from driving the car.

“On the out-lap I hit the Turn 2 kerb and knew it was either going to be good or not,” he told Fox Sports.

“It was painful, but I can get around. It’s as I hoped. I can drive and I’m not thinking about the pain. It’s hurting the ribs a bit but I’m driving with a clear head.”

He did, however, stop short at confirming he’ll stay in the car all weekend: “I don’t know,” he said when pressed in a TV interview by Garth Tander, the driver on standby if van Gisbergen elects not to race.

“We don’t want him to be sore at all anywhere near the bone but we’re really comfortable that he’s sore in all the muscles.

“He hasn’t moved for two weeks, other than the various tests we’ve done on him, so it’s as good as we could get right now.”