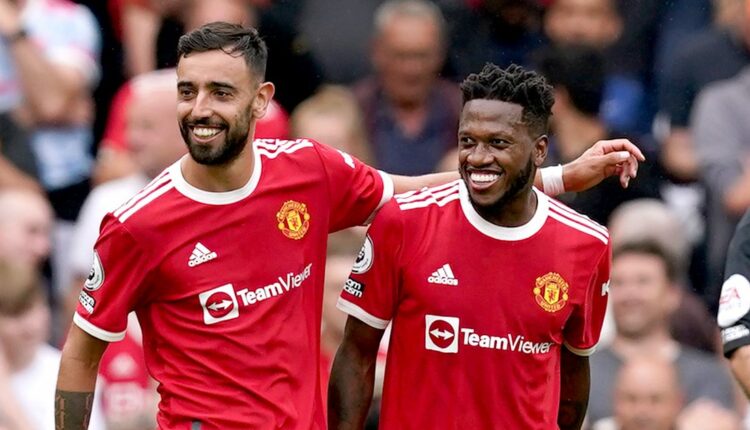 Manchester United hammered Leeds 5-1 at Old Trafford on the opening day of the season and there was even a surprising name on the scoresheet in the form of Fred.

Bruno Fernandes stole the headlines (as he always does) with a brilliant hat-trick, making Luke Ayling’s brilliant equaliser redundant. Mason Greenwood and Fred made it a day for all the home fans to remember with their own strikes.

Prior to the season, United boss Ole Gunnar Solskjaer had said he wants to see other players helping Fernandes out on the goals front this season. In his post-match press conference, he was asked about the comments in the wake of the midfielder’s hat-trick.

“Bruno will always score from penalties, but when he scores like this, timing his runs, it doesn’t really matter who scores,” the Norwegian said.

And then he made his little dig at his Brazillian midfielder.

“When Fred scores goals, we know everyone can score.”

🗣 “When Fred scores goals, we know everyone can score.” 😂 #MUFC pic.twitter.com/Dmd6l9Vg5H

‘I’ve got kids’: When Patrice Evra made a player beg for mercy against Man Utd

Can you name Manchester United’s XI from Roy Keane’s debut in 1993?

Klopp reflects on ‘good start’ to season at Carrow Road