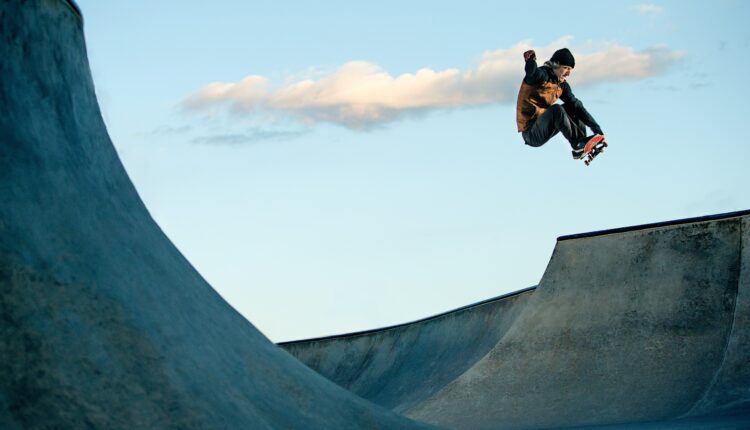 While the Olympic Games have been taking place for over 100 years, they haven’t always looked the same. New Olympic sports, events, and medal opportunities have been added and removed over the years of the competition—and the 2020 Tokyo Olympics will be no different.

The competition—which is scheduled to kick off in less than a month amid growing COVID-19 concerns—will have a record 33 sports, including five new Olympic sports. This totals 339 medal events amid 42 venues, the International Olympic Committee (IOC) says. Of the five new sports, four will be making their Olympic debuts, NBC reports.

It’s a far cry from the first modern Olympic Games in 1896 at Athens, where athletes competed in just 10 sports and 43 events.

According to the IOC, the surplus of events for the Tokyo Games not only helps further innovation to the program but also fosters general equality by increasing the number of women’s or mixed-team events.

So how does a new sport get added, anyway? According to the IOC, a sport must be governed by the International Federation, must be practiced widely around the world, and meet other criteria. The IOC Executive Board may then recommend the sport be added to the Games program, pending the approval of the IOC session. Thanks to a series of IOC-approved reforms called Agenda 2020, host cities can also propose new events, usually because they’re sports that are popular in their country, or because they’re youth-focused, NBC reports.

The new sports that will be appearing at the Tokyo Olympics are baseball/softball, karate, skateboarding, sports climbing, and surfing. Read on to learn the key things to know about each sport, as well as which athletes to watch for, and when these events will take place.

Baseball is huge in Japan—the Nippon Professional Baseball league is considered second only to Major League Baseball in talent, according to NBC—so it’s not a big surprise that the sport made its way back into Tokyo programming after a 13-year Olympic hiatus. (Baseball was formally introduced into the Olympics as a medal event in 1992, only to be removed from the Games after the 2008 Beijing Olympics.)

Baseball is also a top sport in the U.S., so expect Americans to have their eyes on the competition and a potential gold-medal run—Team USA won gold back in the 2000 Games, their only first-place finish.

Softball, meanwhile, was added as a medal event in 1996—the U.S. took gold in that Games—but like baseball, it was removed from the lineup after Beijing 2008. Baseball and softball will be one-off additions to the Games, as neither is currently slated to be a part of the 2024 Paris Olympics. The baseball competition will be men only, while softball will be women only, which is why most lists seem to combine these two sports when counting the number of new Olympic sports being added, coming up with five instead of six.

Six countries (including the U.S.) are set to participate in the baseball and softball tournaments at the Tokyo Olympics, which will start with opening-round pool play before it moves onto the knockout stage to determine the champion.

Who to watch: Active-roster Major League players can’t play for Team USA, as the Olympics occur during their regular season, but players to watch for from the U.S. include infielder Eddy Alvarez—a silver medalist in the 2014 Winter Olympics in short track speed skating—and past MLB All-Stars Todd Frazier and David Robertson. On the softball side, Team USA’s Haylie McCleney was a gold medalist in the 2016 and 2018 WBSC Women’s World Championships, as well as at the 2019 Pan American Games, and 2008 Olympic silver medalist Monica Abbott is making a comeback to the Games.

Karate, which originated in Japan, will be making its debut as an Olympic sport—something enthusiasts have been lobbying for since the 1970s, the IOC says. However, this, too, maybe a one-off occurrence, as it’s not currently slated for the 2024 Paris Olympics program.

The Tokyo Games will feature two karate disciplines: kata (form demonstrations, where athletes are judged on technique) and Kumite (a mat competition where athletes compete for head to head).

The karate events will take place at the Nippon Budokan, which hosted the first World Karate Championships in 1970.

Who to watch: American athletes to watch include two-time USA karate national champion Ariel Torres for the men’s kata, and seven-time USA national champion Sakura Kokumai for the women’s kata. Athletes to beat include Sandra Sanchez of Spain, Ryo Kiyuna and Kiyou Shimizu of Japan, Hamideh Abbasali of Iran, and Tzu-Yun Wen of Taiwan.

When to watch: Karate events are scheduled for August 4 through August 7.

Skateboarding will be added to the program for the first time in the Tokyo Olympics, taking the street sportfully mainstream. The action sport is already anticipated to fare well in popularity—it’s also already been approved for the Paris Olympics in 2024.

The Tokyo Games will feature two skateboard disciplines, park and street, both of which will have prelims and finals. The park competitions will take place in a smooth, dome-shaped bowl, and competitors will be scored on originality and the difficulty of their tricks. Street competition, meanwhile, mimics a skatepark—think stairs, rails, and other real-world features—with a set amount of time. Each discipline will have judges scoring the runs.

Who to watch: Skateboarders to watch on the U.S. side include Nyjah Huston, who competed in his first X Games as a preteen; Mariah Duran, who won back-to-back gold medals at the 2018 X Games; and Brighton Zeuner, who became the youngest gold medalist at the 2017 X Games. The competition includes Yuto Horigome of Japan on the men’s side, and on the women’s side, Britain’s Sky Brown (who will turn 13 right before the Games), Kokona Hiraki of Japan, and Margielyn Didal of the Philippines.

When to watch: Skateboarding competitions will take place July 24 through August 4.

In Tokyo, sport climbing will be featured as a single event, which will include a combination of the sport’s three primary disciplines (speed, bouldering, and lead) to determine an overall winner for both men and women. This differs from traditional sport climbing competitions, which tend to keep each of the three disciplines as individual events, according to NBC. In the Tokyo Games, each climber competes in every discipline, with athletes striving for the lowest combined score to win medals, the IOC explains. Climbers will be kept in isolation before their turn, so as not to gain an advantage by watching how their opponents approach their wall.

Who to watch: Sport climbers on Team USA to watch include Brooke Raboutou—the first U.S. climber to qualify for Tokyo—and Kyra Condie on the women’s side, along with Nathaniel Coleman and Coin Duffy on the men’s side. On an international level, climbers to beat include Adam Ondra of the Czech Republic, Janja Garnbret of Slovenia, Miho Nonaka of Japan, brothers Mickael and Bassa Mawem of France, and Shauna Coxsey of Britain.

When to watch: Sport climbing events at the Olympics will take place from August 3 through August 6.

Like skateboarding, surfing is another sport set to debut at Tokyo, and will also continue on to Paris in 2024. (Fun fact: The 2024 surfing competition will actually take place in Tahiti, a part of French Polynesia.) Tokyo’s surfing events will take place at Tsurigasaki Beach in Ichinomiya, which is about 45 miles southeast of the Olympic stadium.

There will be both men’s and women’s surfing events, which will include preliminary-round heats before a head-to-head knockout competition. All athletes will compete with a shortboard, allowing for greater maneuverability. Timing is flexible, allowing for competitions to be postponed to a later day if more ideal wave conditions are forecasted. Since no waves are exactly alike, the athletes will be competing against each other in the variable, ever-changing conditions dictated by nature.

Who to watch: Members of Team USA to watch include Kolohe Andino—the first U.S. surfer to qualify for the team—and John John Florence on the men’s side, and four-time World Surf League champion Carissa Moore and Caroline Marks on the women’s side. Others to beat include Gabriel Medina of Brazil, Stephanie Gilmore of Australia, and Kanoa Igarashi of Japan.

When to watch: Surfing events are scheduled to take place July 24 through July 31.