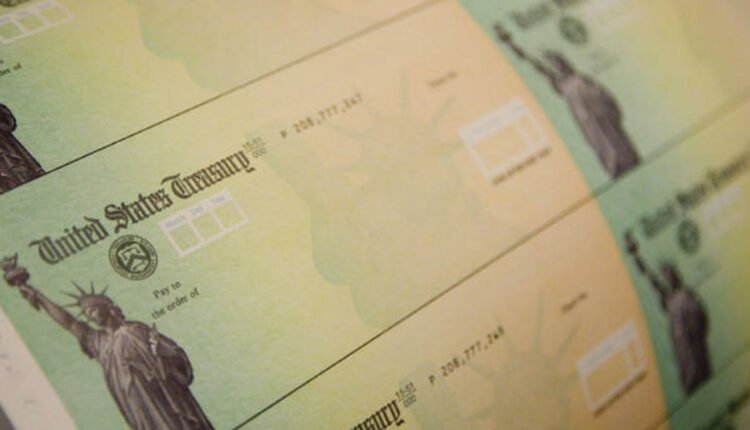 What’s behind the push for a fourth stimulus check

The IRS has issued more than 169 million payments in the third round of direct stimulus aid, with more than 2 million people in July receiving the $1,400 checks. But some lawmakers are pushing for a fourth round of stimulus aid that would effectively send recurring payments until the pandemic ends.

So far, the federal response to the economic crisis caused by the coronavirus pandemic has paid out $3,200 to eligible adults: $1,200 under the Coronavirus Aid Relief and Economic Security Act in March 2020; $600 in a December relief measure; and $1,400 under the American Rescue Plan signed in March by President Joe Biden.

Despite that financial assistance, millions of Americans remain in financial distress, and the spread of the Delta variant is creating new economic headwinds. Almost one-quarter of Americans struggled to pay their household expenses in the previous week, according to new Census survey data that polled people during the last two weeks of August.

The unemployment rate stands at 5.2%, still higher than its pre-pandemic level of 3.5%. And while businesses are hiring, there are still about 5.3 million fewer people are on payrolls today than before the pandemic. Economists are signaling alarm over the spread of the Delta variant, with Oxford Economics recently cutting its forecast for 2021’s global economic growth to 5.9% from 6.4%.

“Uncertainty and hesitancy may ultimately lead to a more slow-burning recovery from here than our baseline assumes,” wrote Ben May, director of global macro research at Oxford Economics, in the report.

At the same time, 9.1 million people lost enhanced unemployment benefits on Labor Day, when the federal benefits expired. That will wipe out about $5 billion in weekly benefits that had been flowing to unemployed workers — aid that had supported those workers in paying for groceries, rent and other essentials.

For many people, in short, the latest round of $1,400 checks is long gone even as other pandemic stimulus is coming to an end — an issue that is on the minds of many Americans who continue to struggle with joblessness and a weak labor market. Indeed, more than 2.8 million people have signed a Change.org petition started last year that calls on lawmakers to pass legislation for recurring $2,000 monthly payments.

Some lawmakers have picked up the idea. Twenty-one senators — all Democrats — signed a March 30 letter to Mr. Biden in support of recurring stimulus payments, pointing out that the $1,400 payment being distributed by the IRS won’t tide people over for long.

“Almost 6 in 10 people say the $1,400 payments set to be included in the rescue package will last them less than three months,” the senators wrote in the letter.

Meanwhile, some states are creating their own form of stimulus checks. About two-thirds of California residents are likely to qualify for a “Golden State Stimulus” check via a new effort from Governor Gavin Newsom. That effort will provide $600 for low- and middle-income residents who have filed their 2020 tax returns. Florida and parts of Texas have authorized bonuses for teachers to help offset the impact of the pandemic.

The letter from the U.S. senators doesn’t specify how large are the payments they are seeking, but a separate effort from Democratic lawmakers in January pushed for $2,000 monthly checks until the pandemic ends. Instead, the American Rescue Plan authorized $1,400 for each eligible adult and dependent.

Child Tax Credit: July 15 depositsSome families received another form of stimulus aid on July 15 when the IRS deposited the first of six monthly cash payments into bank accounts of parents who qualify for the Child Tax Credit (CTC). Families on average received $423 in their first CTC payment, according to an analysis of Census data from the left-leaning advocacy group Economic Security Project.

Eligible families will receive up to $1,800 in cash through December, with the money parceled out in equal installments over the six months from July through December. The aid is due to the expanded CTC, which is part of President Joe Biden’s American Rescue Plan.

Families who qualify will receive $300 per month for each child under 6 and $250 for children between 6 to 17 years old. Several families that spoke to CBS MoneyWatch said the extra money would go toward child care, back-to-school supplies and other essentials.

Families may enjoy more of a tax break in coming years, if Mr. Biden’s American Families Plan moves forward. Under that plan, the Child Tax Credit’s expansion would last through 2025, giving families an additional four years of bigger tax breaks for children.

Emergency funds, savingSo far, people who have received the three rounds of stimulus payments said they’re using most of the funds to pay down debt or sock away the money in savings, according to a recent analysis from the Federal Reserve Bank of New York. That could indicate that people are using the money to whittle down debt they incurred during the pandemic as well as to build up an emergency fund in case of another shock.

Almost 7 in 10 Americans who have received, or believed they would soon get, a third payment said it’s important for their near-term finances, Bankrate.com said in April. That’s down from about 8 in 10 people in March 2020, when the pandemic caused widespread unemployment, but overall the share of people who need additional support remains elevated more than a year later, according to the personal finance firm.

About 1 in 3 people said the stimulus aid would help support them for less than one month, the survey found.

Millions of Americans were spared hardship due to the three rounds of stimulus payments, researchers have found. But when stimulus has faltered, such as last fall when Congress was deadlocked on another round of aid, hardship increased “markedly” in November and December, according to a May analysis of Census data from the University of Michigan.

Although the economy is improving, millions of people continue to suffer from reduced income and have not been able to tap government aid programs, Nasif said. Only 4 in 10 jobless workers actually received unemployment aid, according to a March study from economist Eliza Forsythe.

What’s in the COVID-19 relief bill?

Many people never applied for unemployment benefits because they didn’t think they were eligible, while others may have given up due to long waits and other issues.

“You’ll see reports about how the economy is starting to grow, but there are a lot of Americans living paycheck to paycheck, and for a lot of them the government relief programs haven’t been able to help,” said Greg Nasif, political director of Humanity Forward.

How likely is a fourth stimulus check?Don’t hold your breath, according to Wall Street analysts. “I think it’s unlikely at this time,” Raymond James analyst Ed Mills told CNBC. One reason is that the Biden administration is focused on advancing its infrastructure plan, which would reshape the economy by rebuilding aging schools, roads and airports, as well as investing in projects ranging from affordable housing to broadband.

The proposal, which the White House says would be funded by boosting the corporate tax rate from 21% to 28%, will likely consume lawmakers this fall, said Stifel’s Brian Gardner in an August 11 research note.

“The fall is shaping up to be a busy time in Washington as Congress tries to finish two infrastructure bills (one which includes tax hikes), approve the annual spending bills, and raise the debt ceiling,” he noted.

Delta headwinds?At the same time, the economic rebound is facing headwinds as the Delta variant spreads through the nation. Some states with low vaccination rates are experiencing a spike in COVID-19 cases that could dissuade people from taking service jobs in restaurants and other jobs that involve exposure to the public.

Texas’ failure to stem the COVID-19 surge in its state has led to nearly 72,000 job losses and an annualized decline in output of more than $13 billion, a recent study found. Fear of contracting COVID-19 is also leading to job losses in Texas as workers opt to stay home or must stay home to care for family members with the illness, the study noted.

Meanwhile, federal pandemic unemployment benefits expired on September 6, marking the end of innovative programs that had extended jobless aid to gig workers, part-time workers and others that typically don’t qualify for unemployment benefits. That could increase hardship for many households, experts say.

“This cliff threatens the economic recovery progress we have made by draining the economy of consumer spending, and will put millions of workers at risk of lasting hardship,” said Century Foundation senior fellow Andrew Stettner in a statement.

Shaun White: A Day in My Life