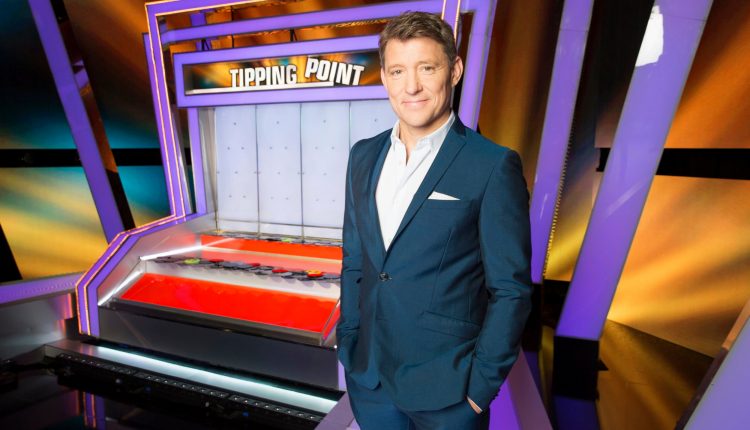 Tipping Point has become a staple of the ITV daytime schedule, with the game show proving as popular as ever after almost a decade on the air.

The show sees contestants competing to win money and prizes through a giant version of the popular arcade coin-tipping machines – with a possible £20,000 jackpot up for grabs for the luckiest hopefuls.

Regular viewers of the show – and its celebrity spin-off edition – will know that it’s presented by Good Morning Britain regular Ben Shephard.

But how long has he hosted the programme?

Ben Shephard has hosted Tipping Point ever since it made its debut on screens.

The first-ever episode aired on July 2 2012 – with 11 series of the show having been made so far.

The series have also increased in length over the years – the first series consisted of just 20 shows, although the second and third series, which aired in 2013, were 50 episodes and 70 episodes respectively.

The most recent series of the show, which began in April of this year, will run for an impressive 165 shows.

As well as the main series, Shephard also hosts the spin-off Tipping Point: Lucky Stars, the celebrity version of the show.

There have been seven series of that so far, running from 2013 until the most recent series this year.

Although it’s been on air for nine years, the £20K Tipping Point jackpot has only ever been won twice.

The first winner, Clive Rushden, walked away with the huge sum in an episode which aired in December 2020.

The second, retired gardener Tom (his surname has not been revealed) nabbed the five-figure sum even more recently, in a May 2021 episode of the show.

‘It’s only ever been won once, by Clive,’ Ben Shephard told him at the time, adding: ‘You are joining a very elite group.’

When is Tipping Point on?

The show airs weekdays on ITV at 4pm.

Riders rescued from rollercoaster after it breaks down in Blackpool

Fire breaks out at Tottenham Hotspur Stadium with 300 people…