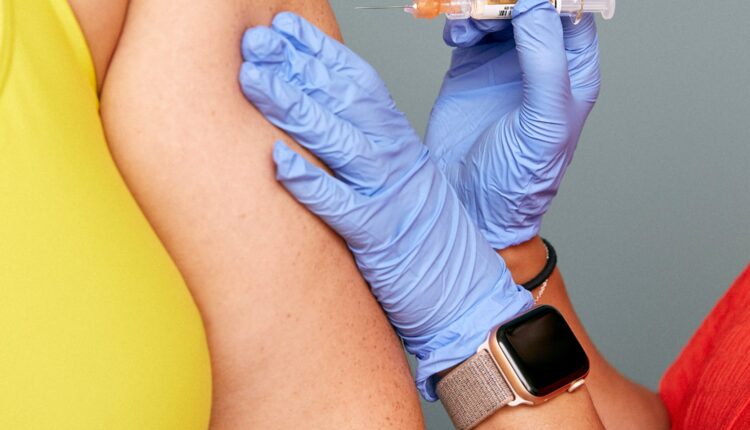 Public health and White House officials announced a plan to offer COVID-19 vaccine booster shots to most people about eight months after their initial doses. On Wednesday the country’s top public health experts from the White House, the Centers for Disease Control and Prevention (CDC), the Food and Drug Administration (FDA), and the National Institutes of Health published a joint statement on the administration’s plan to offer those boosters to people who received a two-dose mRNA vaccine starting on September 20. The plan is contingent, however, on booster-shot authorizations from the FDA and recommendations from the CDC’s Advisory Committee on Immunization Practices (ACIP).

The announcement comes as COVID-19 cases in the U.S. are surging yet again due to the highly transmissible delta variant and concerns about breakthrough cases grow. According to the joint statement, the current data “make very clear” that the protective effect of the vaccine against COVID-19 begins to wane after initial vaccination. While we are currently seeing decreased protection against mild and moderate infection, experts say the concern is that this reduced protection will start to extend to severe illness and death too.

“Based on our latest assessment, the current protection against severe disease, hospitalization, and death could diminish in the months ahead,” the statement reads, “especially among those who are at higher risk or were vaccinated during the earlier phases of the vaccination rollout.” Booster shots will therefore be necessary “to maximize vaccine-induced protection and prolong its durability.”

Pending an independent evaluation of the evidence on the safety and effectiveness of booster doses from the CDC and FDA, the White House is prepared to start offering booster shots to all Americans as soon as September 20, and beginning eight months after a person receives their second dose. The first people likely to receive boosters are those who were vaccinated in the first phase of the rollout, including health care providers, seniors, and nursing home residents.

For now, the booster plan covers only people who received a two-dose mRNA vaccine from Moderna or Pfizer/BioNTech. But officials think that people who receive the single-dose Johnson & Johnson vaccine, which wasn’t rolled out until March, will also need a booster shot soon. They expect to receive more data in the upcoming weeks before announcing a J&J booster plan, according to the statement.

For these booster shots to actually be available to the general public, the FDA will need to authorize a third dose, and the CDC’s ACIP will need to issue a booster dose recommendation based on a review of the evidence. So far, the only group for which booster shots are available is immunocompromised people, who typically do not develop the necessary protective immune response from the initial doses they receive. And back in July, both the FDA and CDC recommended waiting on booster shots for the general public until there was more data to support their need.

Now, however, it appears the administration believes that the CDC and FDA will soon officially sign off on booster shots for most people based on the available data. Some of the most compelling evidence comes from government case tallies from Israel, which show that, generally, breakthrough infections are more common among people who were vaccinated earlier in the pandemic, which suggests the protection from the vaccines is waning over time. Considering that the first COVID-19 vaccine doses went to essential workers (including health care staff in now crowded hospitals) and the elderly, those who are most at risk for developing a delta-fueled breakthrough infection might be those who are some of the most vulnerable to severe coronavirus complications. In Israel, booster shots have already begun rolling out.

However, the World Health Organization (WHO) called for a halt on booster shots until at least the end of September while so much of the world remains entirely unvaccinated, Reuters reported. “It’s unconscionable that some #COVID19 vaccine-producing companies are reporting record profits, and some countries are offering boosters, while so many people remain unprotected,” Tedros Adhanom Ghebreyesus, Ph.D., director-general of the WHO, said on Twitter. “No one is safe until everyone is safe.”

And some experts don’t believe we have enough data to even be sure that an extra dose is necessary or helpful. “Perplexed by U.S. plans to give 3rd doses of mRNA vaccine at 8 months. Have yet to see data supporting this policy,” Celine Gounder, M.D., clinical assistant professor of medicine and infectious diseases at New York University’s Grossman School of Medicine, said on Twitter.

One important point to keep in mind is that the data from Israel don’t tell us much about the rate of hospitalizations or deaths. “This kind of data from Israel seems to be leading the administration to favor boosters,” Atul Gawande, M.D., MPH, a surgeon and writer who was recently President Biden’s nomination for a senior public health position at the U.S. Agency for International Development, said on Twitter. “Shows high case rates among fully vaccinated but not among>60-yr-olds who got a 3rd dose. But how many are sick? We need to see this breakdown for hospitalization/death.”

The data we have now show “a pretty steep decline in effectiveness against infection, but it’s still a bit murky about protection against severe disease,” Peter J. Hotez, M.D., Ph.D., a professor in the departments of pediatrics and molecular virology and microbiology at Baylor College of Medicine in Houston, told The New York Times.

Despite the skepticism, the White House has made its choice. However, it remains to be seen exactly how the recommendation will be put into practice for the nearly 170 million people in the U.S. who are fully vaccinated against COVID-19.

What People Over 40 Need to Know About Taking Aspirin Daily…

Simple actions can keep food safe and foodborne illnesses at…