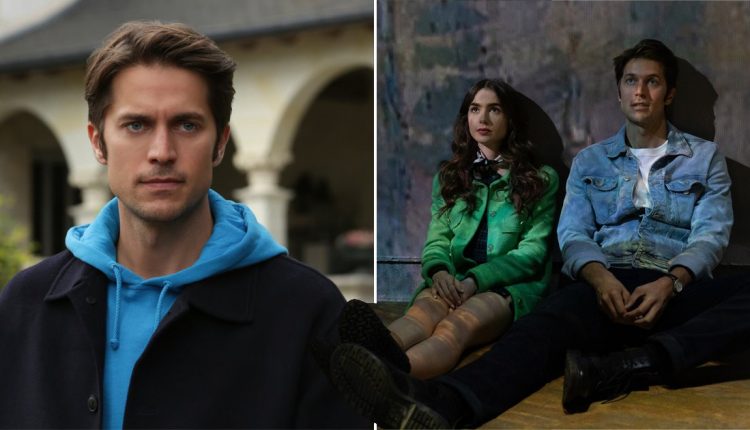 Who plays Gabriel in Emily In Paris? Meet Lucas Bravo aka the internet’s new French bae

As Netflix viewers binge their way through Emily In Paris, all eyes are her handsome neighbour Gabriel.

Played by French actor Lucas Bravo, the character is a heartthrob chef who viewers wished they had living on the floor below.

And the actor is just as swoon-worthy as his character seeing as he’s an actor, a model and he’s actually single.

So we’ve got all the details you need to know about your newest TV crush.

Who is Lucas Bravo?

There’s a reason why you might not have heard of Lucas (pronounced Loo-kah) before now, his part as Gabriel is basically his breakout role on an international scale.

The 32-year-old has mainly featured in French films and TV shows, but he’s about to feature in more global flicks like Mrs. Harris Goes To Paris.

But if you thought his face looked familiar, that would be because he’s a pretty successful model.

Unsurprisingly, the handsome star has featured in adverts for the likes of Chanel!

It turns out Lucas is a pretty big fan of Sex and The City so it feels like fate that he ended up in Darren Star’s newest show.

And he has quite a bit in common with his Emily In Paris character because just like Gabriel, he’s got some experience in the kitchen.

Lucas confirmed to Metro.co.uk that he worked as a sous chef a few years ago so he can also make a pretty nice omelette too.

But unlike Gabriel, he is single… and the star hasn’t ruled out dating fans in the future!

If you want to stalk (oops, we mean follow) Gabriel on social media then you can find him on Instagram.

Emily In Paris is available to stream now on Netflix.

MORE: Emily In Paris: Where have you seen Lily Collins and the cast before?