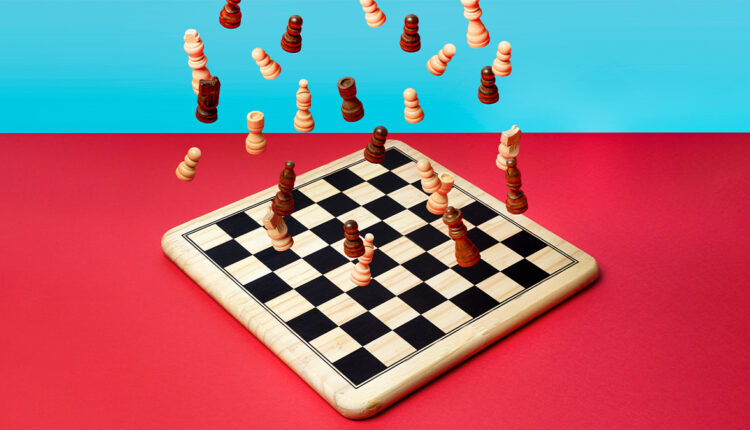 Given that artificial intelligence is increasingly overtaking people on a range of expert tasks, will it someday make human managers obsolete? Luckily, there’s one cognitive ability where people still have a big edge: reframing. Reframing is not about solving a problem (with either intuition or conscious reasoning) but about defining what exactly is the problem to be solved. It isn’t easy, and it’s usually time-consuming, but it is key to both discovering breakthrough innovations and adapting to a rapidly changing environment. Four tactics can help you cultivate this ability: dedicating time to not thinking about the problem, making hidden assumptions explicit, playful exploration, and leveraging surprising analogies.

Of all the tools managers use to lead their businesses, thinking is the most crucial. It involves two distinct ways of processing information: intuitive and conscious, which the Nobel laureate Daniel Kahneman labeled thinking fast and slow. Today computers increasingly outperform people in both. With their raw calculative power, computers easily beat humans in conscious-reasoning tasks, as long as the rules and parameters of the situation are known. Managers routinely turn to mathematical optimization and simulation to build investment portfolios, make pricing decisions, and understand supply-chain risks. And while humans used to be superior at pattern recognition, which is largely intuitive, computers now can be trained to develop their own intuitions from large masses of data using machine learning. In recent studies they proved better than humans at expert tasks such as detecting cancer in computer tomography scans and choosing investment targets.

Given the way things are going, can managers continue to add value to organizations? Luckily, there’s one cognitive ability where people still have the edge over computers: thinking really slow.

Really slow thinking is used in reframing — the process by which we reexamine the parameters, objectives, and assumptions we approach decisions with. Reframing is not about solving the problem (with either intuition or conscious reasoning) but about defining what exactly is the problem to be solved.

Reframing isn’t easy. The way in which managers frame decisions can be deeply entrenched in industry traditions, organizational history, and executives’ own education and experience. Reframing can be extremely time-consuming, which is why we see it as thinking really slow.

Reframing is crucial because groundbreaking business model innovations often result when companies break away from established ideas about how value is created and captured. Look at Amazon. In 1999 a CNBC reporter challenged Jeff Bezos because the company, with its large, expensive distributions centers and many employees, was no longer the pure internet play investors were high on. “Internet, shminternet,” Bezos replied. He rejected the view that a low-cost online business model was essential to competing. Instead of accepting the “pure internet” versus “traditional retail” dichotomy, he reframed the conversation in terms of an obsession with delivering a great customer experience and explained how all Amazon’s strategic choices focused on that goal.

When market dynamics change, reframing can be especially critical. Consider Nokia. In the feature phone business, it had learned to expect that with successful new offerings, sales took off quickly and profits were good. As a result, the company decided against some costly investments and walked back courses of action that didn’t produce immediate results. In the early 2000s it pulled the plug on many pioneering innovations that were seen as too risky or didn’t initially experience widespread adoption, including touchscreen phones, tablet devices, and mobile gaming. This approach was particularly damaging when competition moved to the ecosystem level. While Nokia continued to flood the market with new hardware, “software development kits and third-party ecosystem and apps were a second priority,” a former Nokia executive lamented. Moreover, as a former Nokia manager put it in an interview, “Large-scale consumer services are not made in a year or two. We have often lacked patience for that.” The smartphone era required a new long-game mindset that the quickly moving hardware king lacked.

Humans’ ability to think really slow also is key to state-of-the-art AI, which doesn’t function unless people first reframe a business problem as an AI problem. As Ajay Agrawal, Joshua Gans, and Avi Goldfarb have argued, AI is simply a variety of prediction algorithms. Reframing problems that demand time-consuming human judgment and careful analysis (such as identifying insurance fraud and assessing creditworthiness) as prediction problems is precisely how the likes of Lemonade and Kabbage have shaken up mature businesses such as consumer insurance and small-business lending.

In a world where managers can use computers to enhance their ability to think fast and slow, the ability to reframe will increasingly separate the wheat from the chaff. Here are four strategies to help you cultivate it:

Dedicate time to not thinking about the problem. Research suggests that a period of incubation helps produce more creative solutions. When you set aside a problem for a period, you distance yourself from its current framing, making room for restructuring and spontaneous insights. So after you initiate the process of solving a problem, go and do something completely different for a while, letting it cook slowly on your back burner.

Make hidden assumptions explicit. We’re mostly unaware of the limiting, self-imposed assumptions with which we approach situations. Group processes that are designed to induce cognitive conflict can help surface them. You can make one group argue against another group’s solution (devil’s advocacy) or make two groups develop opposing solutions to a problem (dialectical inquiry). Building a mathematical model of the problem can also be helpful, because it forces you to spell out assumptions about what is causing the problem and how proposed remedies are supposed to work. Modeling often reveals unanticipated dynamics, triggering shifts in mindsets about how to best manage certain things. When Fluor Corporation introduced simulation modeling to help predict changes in the costs and schedules of complex projects, managers started to see that those changes could be managed proactively rather than dealt with the retrospectively, as was industry practice at the time.

Engage in playful exploration. Injecting an element of the imaginative into decision making can help managers mentally distance themselves from tacit assumptions and “industry recipes” — what everyone who knows the industry understands — and unleash creativity. This liberation from ordinary constraints can be accomplished by, for example, asking teams to build Lego models of their business ideas in order to communicate them to others.

Leverage (surprising) analogies. Analogies are powerful tools for reframing familiar problems. Ideas and practices from one industry can be used to reshape another. Berry Gordy Jr., for instance, made Motown Records into a hit factory by modeling it after the Ford Motor Company’s assembly line, where he had previously worked. In some cases, exposing yourself to something completely different — like combat sports, opera, or superhero comics — can be a great way to gain fresh insights that other insiders lack. Apple’s minimalist design, for instance, was inspired by the calligraphy classes, Zen Buddhism lessons, and Bauhaus architecture Steve Jobs was exposed to. Even when the analogy is imperfect, it may provide the rough outlines of a novel framing of a vexing problem.

While managers can add these practices to their tool kits to enhance their own reframing capabilities, they also have a responsibility to ensure that the broader organization supports reframing. The first step is to build channels and foster a culture where the in-house devil’s advocates and visionaries can voice their concerns and ideas and employees have time for playful exploration and incubation. Though such efforts may not result in tangible benefits immediately, they may be essential for the renewal and long-term prosperity of the organization and its stakeholders.

Why Companies Need Returnship Programs (Back to Work, Better)