Why Don’t We Throw Trash in Space? | Unveiled 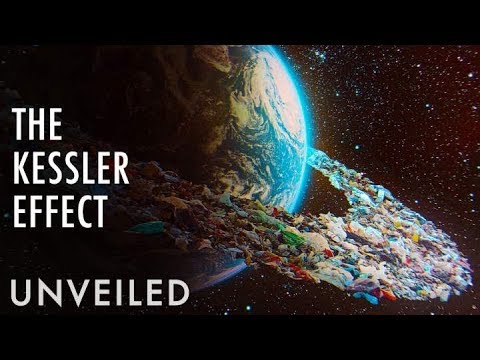 “There will be peace when the people of the world, want it so badly, that their governments will have no choice but to give it to them. I just wish you could all see the Earth the way that I see it. Because when you really look at it, it’s just one world.” –Superman

For tens of thousands of years, humanity barely had an impact on our planet and our environment. With only a few million of us across the world, even the largest fires, wars and waste produced in cities could do no more than poison a tiny portion of our world for a very short amount of time.

But as our numbers and our technological capabilities have grown, so has our ability to damage and destroy our biosphere.

With more than 7 billion of us now, managing our environment has never been more difficult, or more important. Now that we’re a spacefaring civilization, couldn’t we send our most dangerous, long-term pollutants — nuclear by-products, hazardous waste non-biodegradable plastics, etc. — into the Sun? That’s what Roger Carlson wants to know:

I’ve argued for years with people that sending radioactive waste or space junk into the Sun would be hugely expensive and just not feasible.

In my layman’s understanding of orbital mechanics, I know we would have to accelerate it out of Earth orbit, and then slow it down in order to have it “fall into the Sun” […] I know it can be done because we’ve sent probes to Venus, but I just can’t visualize it.

The reason we don’t fall off the Earth, or simply find ourselves ejected into space, is because of the Earth’s gravitational pull on us at our distance from the Earth’s center. In particular, there’s a certain amount of energy keeping us bound to our world (gravitational potential energy), and there are two important milestone speeds that we can calculate for where we are: the stable circular orbit speed for our distance from Earth’s center, which would keep us orbiting Earth without ever touching the ground, and the escape velocity at our location, which would enable us to escape Earth’s gravitational pull completely, and head out into interplanetary space.

So to get a rocket into Earth’s orbit, we’ve got to put as much energy into it as it would take to accelerate a spacecraft to that speed, and that’s an awfully large cost. Still, humanity has been doing it since the 1950s, and once you get up there, you’ll find something remarkable that you probably knew all along: you’re part of a system orbiting the Sun at a colossal speed.

On the other hand, we’re already 150 million km (93 million miles) away from the Sun. If we wanted to escape from the Solar System completely, we’d only have to gain another 12 km/s of speed (for a total of 42 km/s) to get out of here!

Because it takes so much energy and thrust to get into space in the first place, we try and let the Universe do as much of the work for us as possible. And that means taking advantage of something called a gravity assist — taking advantage of the gravitational properties of a planet — if we want to reach either an inner or an outer world.

Since planets orbit the Sun, we have two gravitationally important bodies at play; the spacecraft we’re looking at is the third. There are two ways a spacecraft can take advantage of a gravity assist:

The first scenario is how we visit the innermost Solar System: Venus, Mercury or even the Sun itself, while the second is how we reach the outermost parts of the Solar System, including how New Horizons reached Pluto and how the Voyager probes left the Solar System entirely!