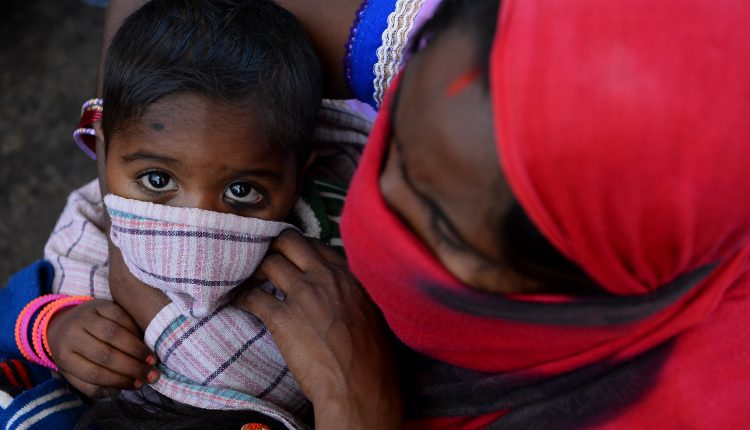 India has been hit with one of the world’s worst waves of coronavirus, with people dying on the streets and hospitals running out of oxygen.

Hospitals are so full that relatives are treating Covid-19 patients in cars while they wait to be admitted, and mass crematoriums have been set up as 115 people are dying every hour.

The World Health Organisation has described the situation in India as a ‘devastating reminder’ of the destruction Covid-19 can cause.

Prime minister Boris Johnson recently cancelled his trip to India, with the South Asian country being added to the UK’s ‘red list’ of restricted destinations.

Why has India been hit so badly by the crisis?

The situation in India was under control during the first wave, with the country imposing a strict lockdown between March 25 to May 31.

Following the lifting of lockdown, the country was hit by a wave of infections as is expected, but hospitals were not overwhelmed.

However, there are three reasons widely believed to be behind the sudden surge in cases: ‘super-spreader events’, inadequate vaccine rollout, and the B.1.617 variant.

In early March this year, health minister Harsh Vardhan said that India was in the ‘endgame’ of the pandemic.

Huge religious festivals and sporting games, all largely maskless, were allowed to go ahead.

This includes the Indian Premier League (IPL) and the annual cow poo fight in Kairuppala.

Politicians in the country have faced criticism for holding rallies attended by thousands of people, packed close together in stadiums and grounds, despite the brutal second wave of infections.

Dr Shahid Jameel, a virologist and director of bio-sciences at the University of Ashoka, said: ‘These were all possible super-spreader events. We let our guard down, it was complacency.’

#SuperSpreaderModi has gone viral on Twitter as anger grows towards Prime Minister Narendra Modi for allowing these events to be held. India has been hit by mutated coronavirus variants. One in particular, called B.1.617, has been described as a ‘double mutant’, because it carries two different mutations (E484Q and L452R).

Concerns have been raised that combined, these two mutations make the strain more infectious and better at evading antibodies gained from prior infections or vaccinations.

It’s too early to know for sure whether the Indian strain is resistant to current vaccines, but it wouldn’t be out of the realm of possibility – previously, it was thought that vaccines could be up to 30% less effective against the South African variant (B.1.351).

Another reason for India’s crisis may be the relatively slow coronavirus vaccine rollout.

As of April 28, 22.6 million people in India are fully vaccinated, second only to the US – however, this is only 1.7% of the population.

This pales in comparison to the US, which has fully vaccinated nearly 30% of its population.

How many people live in India?

It is second only to China, which has a population of around 1.45 billion.

To put this into perspective, the UK has a population of 68 million, which is 20.5 times smaller than that of India.

India reported a record-breaking 349,691 new cases of coronavirus in one day on Monday – the same day the UK recorded just 2,064 new cases.

What is being done about the Indian Covid crisis?

This week, several cities have ordered curfews, while police have been deployed to enforce social distancing and mask-wearing.

Prime Minister Modi has also urged all adults to register to get vaccinated.

In response to the crisis, countries around the world have pledged to send urgent medical aid to the nation, with the UK contributing over 600 pieces of equipment, including ventilators and oxygen concentrators to the effort.

Supplies have also been sent from Australia, Germany and Ireland, while Singapore and Russia pledged oxygen cylinders and medical supplies.

US President Joe Biden said he had spoken at length with Prime Minister Modi and discussed shipping vaccines to India.

If you would like to donate much-needed funds towards India’s fight against coronavirus, then Metro.co.uk has created a list of charities that need your help to support their life-saving work.

Tiny gosling dies after being battered with stick in ‘horrifying’ attack

Sharon Osbourne blasts ‘witch-hunt’ over ‘unconscious bias’ as she…

The new abnormal is warming up the US government’s new…