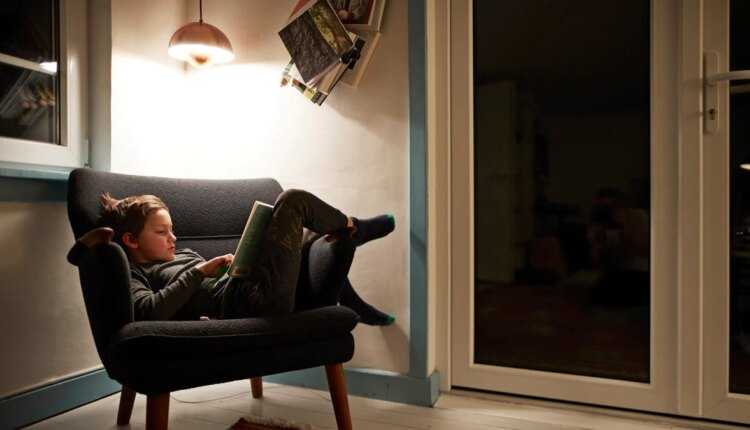 Barbara Macon’s daughter was sobbing and pleading to stay home from school, claiming that a bully was after her. But her mother thought something seemed off. Sure enough, the fourth grader, who was new to her elementary school, admitted that she’d made up the story to avoid going to school.

What she really needed was to take a day to reset her emotions from the stress of being the new kid. They ended up agreeing that her daughter would stay home on a Thursday to spend time with her dad. “On Friday she went back, and it was fine,” the Oregon mom says. “She came out smiling.”

Macon’s daughter was able to take advantage of a 2019 Oregon law that allows students to be excused from school for mental health reasons, just as they would if they were physically sick. (Generally, the day off is considered an excused absence with no doctor’s note needed.) Arizona, Colorado, Connecticut, Illinois, Maine, Nevada, and Virginia also allow mental health days for kids, and counties in some states that don’t currently have mental health day laws are considering their own regulations.

Although adults will often joke about taking a “mental health day” from work, the practice for kids can’t come soon enough for child welfare advocates. In October, the American Academy of Pediatrics declared a national state of emergency in children’s mental health. According to data from the Centers for Disease Control and Prevention, mental health–related visits to the emergency room by children ages five to 11 increased by 24 percent between 2019 and 2020; for 12- to 17-year-olds, the increase was 31 percent.

The reason for such startling numbers—and why more and more states are advocating for mental health days for children—is, of course, the pandemic. That’s prompted schools as well as parents to place more emphasis on children’s mental well-being to provide them the tools they need to manage their stress. Here’s how parents can use mental health breaks to give children the recharge they need.

The science of taking a break

Whether it’s easing a hysterical toddler into a calming bath or throwing a spontaneous dance party to shake an older kid out of a homework rut, most parents know the benefits of taking a short time-out when the stress level is rising.

When a person is under stress, the brain’s amygdala responds by sending a distress signal to the region responsible for delivering the hormone epinephrine—also known as adrenaline—into the bloodstream. That causes a surge of energy, which is vital if you need to avoid an out-of-control bicycle. But when bursts of strong emotions cause the adrenaline rush, the hormone surge can cause the brain to go into overdrive, firing off all kinds of stress alerts that increase the heart rate—and generally freak kids out.

That’s when a short break or diversion can help. For instance, just a 15-minute pause from a noisy school setting to engage in silent or meditative activities has been found to boost the level of the feel-good hormone oxytocin in elementary students. Phyllis Fagell, a Washington, D.C.- based clinical professional counselor, says the breaks helps the parasympathetic nervous system, which is responsible for the body’s “rest and digest” conditions.

“It calms the body in order to calm the mind,” she says. “[Short breaks] are for when they’ve lost focus and they recognize the need to just splash water on their face or move their body because their motor has to run.”

But experts also believe that taking longer breaks might have added benefits as well, especially for kids who aren’t necessarily in a crisis situation but have been feeling stressed out for a longer period of time—like during the pandemic.

Stress is a whole-body experience, and long-term stress affects the brain as well. The buildup of adrenaline affects the child’s prefrontal cortex, the region responsible for things like rational thinking and problem solving. Because this area isn’t fully developed in kids, they feel the effects of “burnout” much more intensely—and need more time to recover.

According to Mona Delahooke, a licensed clinical psychologist and author based in California, not taking a break can magnify the issues because the child’s stress response is quickly burning up resources that should be dedicated to something else.

“So the body’s energy is devoted to survival, and not thinking, processing, information, or learning new things,” she adds.

Each child is unique when it comes to the ideal amount of time they need to take. But Delahooke says children who have been under pressure for an extended period have vulnerable nervous systems. Taking a full day off exercises the parasympathetic nervous system’s ventral vagal pathway, which supports a calm body, the ability to focus, and solve problems. She adds that it’s especially true if the longer breaks involve child-directed activities or the freedom to do what they want.

“That’s particularly important in building resilience in all children,” she says.

When to take the day off

Experts agree that mental health days should not be used for children who want to avoid specific situations, like a fight with a friend or presentation they don’t want to give. Kids who benefit the most from mental health days are those who are generally happy going to school but are simply feeling burned out or overwhelmed.

To figure out what’s really going on, Devon Suozzi, a licensed clinical social worker in New Canaan, Connecticut advises asking leading questions like, “Are you feeling overwhelmed? Is anything at school upsetting you? Have you had any fights with your friends? Anything embarrassing happened at school?” The response can help parents discern if it’s a situation the child doesn’t want to deal with, or something bigger.

Children might provide you with other clues as well. Suozzi says that behavioral or social changes, increased irritability, or more headaches, stomachaches, and sleepiness are all indicators that something’s up.

She adds that making the decision together with your child is important; Fagell, author of Middle School Matters, agrees. “You give kids back a sense of control, that they are able to attend to their needs,” she says. “You let them know that the adults in their lives takes their needs seriously.”

Making the most of a day off

Your child’s mental health day shouldn’t mimic Ferris Bueller’s—or be an excuse to play video games or binge YouTube all day. “The focus should be on mental health,” says Claire Lerner, a child development specialist based in Washington, D.C. “It should be a day of bonding and connection.”

That said, eight hours of talking about problems isn’t the idea, either. “The idea is to take some time to stop thinking about the everyday stressors and just focus on themselves and resetting their brains,” Suozzi says.

Lerner, author of the book Why Is My Child in Charge?, advises working with your child to figure out what’s going to be most constructive for them. For some, sleeping in and listening to music is restorative; others would rather be outside for part of the day, then go to their room to read or journal. Parents can also suggest these other ideas:

Walking in nature. Research shows that conversations in nature might help families connect. Find out how to promote positive interactions during a day hike.

After a day off, Fagell suggests praising kids for recognizing their need for a break, then having a follow-up conversation about how the day went. Ask kids to articulate what the signs were that indicated they needed a day off, and if they thought their mental health day was helpful in overcoming those.

“An important component is the message that this is a great day,” Lerner says. “This is a day to fortify ourselves and give ourselves time together to think through how going back to school can be less stressful.”

The Untold, Dramatic Story Behind The Discovery Of America’s First Murder…