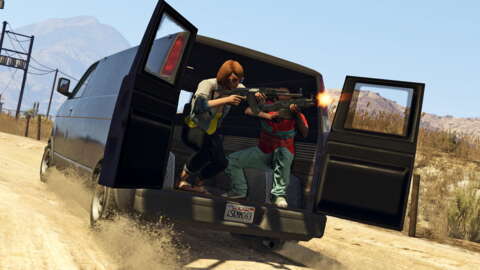 Will GTA Online Come To PS5 And Xbox Series X?

Grand Theft Auto 5 released more than seven years ago for the PS3 and Xbox 360, but it has remained one of the most popular games around for the entirety of that period. A big part of that longevity comes from GTA Online, its multiplayer component that has been consistently updated with new content. With new consoles available, you might be wondering if the game is coming to those systems. Will GTA Online come to PS5 and Xbox Series X|S, and if so, when can we expect to play the game?

Will GTA Online Come To PS5 And Xbox Series X|S?

Yes, GTA Online is planned for release PS5 and Xbox Series X|S. It won’t be a simple port that just increased the resolution, either, with plans for content that you’ll only get on these versions and PC.

On PlayStation, you’ll get some exclusive content, as well, and those who play the game on PS4 are getting $1 million in GTA cash every month they log in until the new version is out. There’s no sign yet that the game will support cross-play with the previous generation yet, but it’s still quite a long time before the game’s planned launch window.

When Will GTA Online Come To PS5 And Xbox Series X|S?

Rockstar hasn’t given a firm date on when the game will be coming to next-gen consoles, but we do know it will be in the second half of 2021. Along with performance and visual upgrades, these versions will be available either as part of Grand Theft Auto 5 on the platform or as a standalone release. Unlike its predecessor Grand Theft Auto 4, Grant Theft Auto 5 never received any single-player expansions.

On PS5, you’ll be able to get GTA Online for free for the first three months it’s available. Rockstar hasn’t announced what GTA Online’s standalone version will cost, though we’d anticipate it to be somewhere between $20 and $40.

Will GTA Online Get Cross-Play?