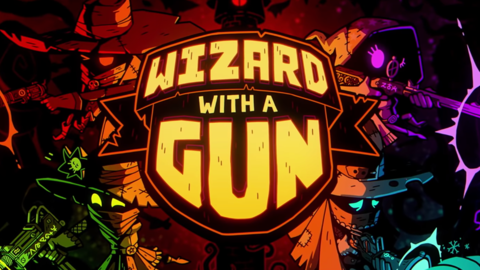 The video game Wizard with a Gun was inspired in part by the popular meme of the wizard Gandalf from The Lord of the Rings holding an AK-47. Developers from Galvanic Games spoke to PC Gamer about this recently.

Patrick Morgan of Galvanic Games said, “This is pretty much the image that started it.” Another reference image that helped inspire Wizard with a Gun was the meme of Harry Potter shooting Voldemort with a handgun.

“Both of those images made it into an embarrassing number of the pitches we put in front of publishers,” Morgan said.

Galvanic was also inspired by Klei’s Don’t Starve Together. The team wanted to create a “gritty, western-style wizard gunslingers whose bullets came out in the form of spells,” Morgan explained.

Head to PC Gamer to hear more about the inspirations for Wizard with a Gun and what it’s all about. The game is slated for release in 2022 on Switch and PC.

Wizard with a Gun is an online co-op sandbox survival game that takes place in a magical world filled with enemy creatures to take on and mysteries to solve. “Embark on a journey alone or with friends to collect, craft, and outfit your wizard however you see fit as you explore the unknown,” reads a line from the game’s description.

GTA Online Will Shut Down On Xbox 360, PS3 Later This Year