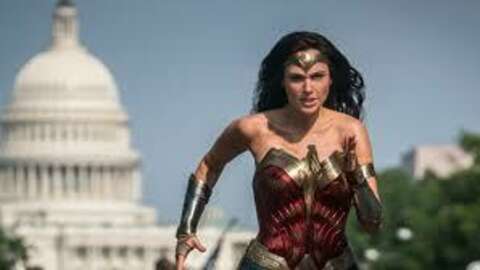 For , it’s not a shock to learn that Wonder Woman 1984’s debut has proven to be a mighty powerhouse strong enough to overtake even Soul, Pixar’s latest, according to Nielsen’s streaming ratings (via The Wrap). Nielsen’s has data indicating that WW84 clocked a total of 2.3 billion minutes of viewing on HBO Max, beating holiday-release neighbor Soul, which logged around 1.6 billion of minutes on Disney+.

Content from HBO Max, Peacock, Apple TV+, and other various streaming services are not yet included in the Nielsen ratings, so this is an interesting insight, to say the least–but unsurprising given was after tons of delays. Wonder Woman 1984 obviously fell short of its original intended release date of summer 2020, but it didn’t dampen the audience’s passion for the sequel.

“The impact of Wonder Woman 1984 on HBO Max cannot be understated,” Andy Forssell, executive vice president and general manager of HBO Max, said in a statement. “As was announced on Wednesday during our earnings and as this Nielsen data shows, it was a huge holiday gift to the consumer at a time when they wanted and needed it. This partnership with Warner Bros. of course continues throughout the year but it began with Wonder Woman’s arrival on Christmas Day to great success.”

Not everyone has been so appreciative of Warner Bros.’s moves–the studio made a surprise announcement in December that . The move was such a surprise that many directors (including WW84’s Patty Jenkins) , and the studio has reportedly been making the rounds (including Denzel Washington, who is said to be getting $20 million plus additional fees).

Now Playing: Wonder Woman 1984 Review: Even Better Than The Original