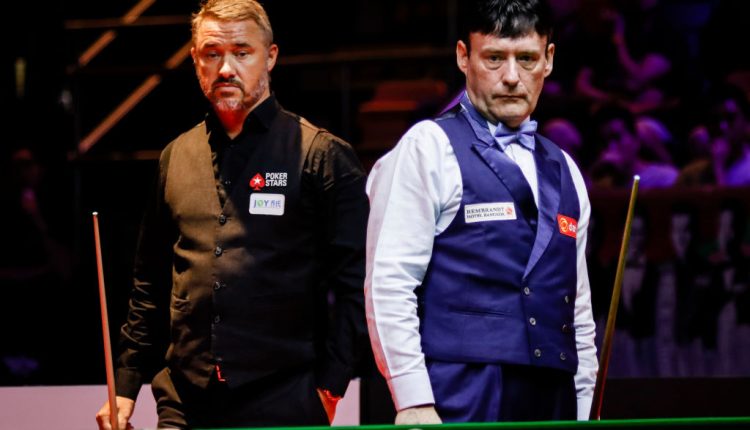 Some of the greatest names in snooker history will gather in Sheffield this week for the World Seniors Championship, held at the Crucible.

The likes of Stephen Hendry, Jimmy White, Ken Doherty and Dennis Taylor will all be in action, with White defending the title he won for the first time at the Crucible last year.

The whole event is being shown by the BBC as the legendary names battle it out for glory just days after Ronnie O’Sullivan won his sixth World Championship in the same venue.

WPBSA chairman Jason Ferguson said: ‘It is always such a treat to see snooker’s grand masters reappear at the Crucible Theatre. Few could forget the great sporting moments and entertainment these former champions have given us.

‘The WPBSA strategy is to grow a sport for all, from aspiring juniors, elite amateurs, professional tour players through to the incredible entertainment of the ROKiT World Seniors Tour. Snooker is a sport for life, and I would like to thank ROKiT Phones, our broadcasters, and partners for the opportunity to add this great event and tour to our group.’

When is the World Seniors Snooker Championship?

The event runs from 19-22 August at the Crucible Theatre in Sheffield.

How to watch the World Seniors Snooker Championship

The tournament will be shown on the BBC red button, iPlayer and on the BBC website.

Details on how to watch the event outside the UK are available here.