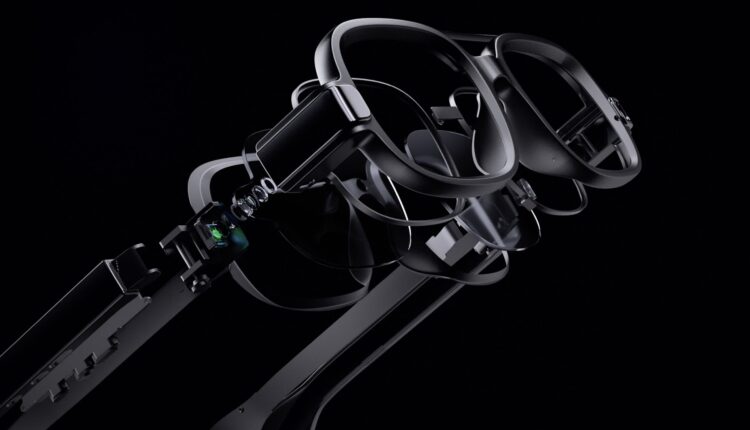 Xiaomi says its smart glasses could replace your phone

In brief: Smart glasses are back in fashion following the commercial failure that was Google Glass. In the wake of the Ray-Ban/Facebook collaboration on Ray-Ban Stories, Amazon’s 2nd-gen Echo Frames, Razer’s Anzu smart glasses, and more, Xiaomi is joining the party with a new take on the tech—and the Chinese giant claims its product could replace your phone.

The world’s largest phone maker has lifted the lid on the Xiaomi Smart Glasses. The company says they look like regular glasses—if you ignore the camera pointing at you, presumably—and weigh just 51g.

The Xiaomi Smart Glasses feature an internal display chip that’s as small as a grain of rice (2.4mm x 2.02mm), with individual pixels sized at 4μm. Rather than using a mini projector, as with Google Glass, it uses MicroLED imaging technology. Not only does it require less space, but it also offers higher brightness and pixel density, a longer lifespan, and a simpler structure than OLED.

The glasses use a combination of optical waveguide tech and refraction to bounce light beams countless times, allowing the wearer to see a complete image, all done with a single lens.

Xiaomi insists its glasses are more than just a secondary screen for your smartphone. Users can see basic notification and call information, along with navigation, a teleprompter, and real-time text and photo translations. There’s also 5MP camera for taking photos and a built-in microphone. As with similar products, an indicator light will illuminate when the camera is in use.

All this is achieved with a quad-core ARM processor, battery, touchpad, Wi-Fi/Bluetooth modules, and Android OS. It also comes with Xiaomi’s XiaoAI assistant.

While Xiaomi claims this is a smartphone replacement, the monochrome green display—chosen so sufficient light can pass through the complicated optical structures—is unlikely to please those who’ve just sold their $1,000+ flagship and expect a similar experience.

No word yet on the Xiaomi Smart Glasses’ pricing, release date, or availability.

Razer Raptor 27 Gaming Monitor Review: Do Not Buy This.