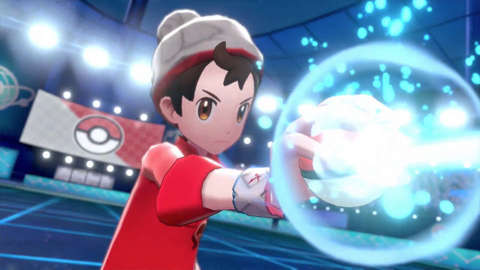 You Can Vote For Pokemon Sword And Shield’s Next Freebie

The Pokemon Company is giving players a chance to pick Pokemon Sword and Shield’s next freebie. Until today, May 20, the company is holding a poll on Twitter asking the community to vote on what item they would like distributed during the Pokemon Players Cup IV finals, which will take place later this summer.

The poll features four options: PP Max, Focus Sash, Lucky Egg, and Gold Bottle Cap. PP Max and Gold Bottle Cap are both used outside of battle. The former increases a move’s PP, while the latter can be spent at the Battle Tower to Hyper Train a Pokemon.

The Focus Sash and Lucky Egg, on the other hand, are held items. Focus Sash will let a Pokemon withstand what would have been a one-hit KO with one HP left, while the Lucky Egg increases the amount of experience points a Pokemon gains when it’s holding the item.

Glory, battling AND free stuff? We’re in.
From now until May 20, you can decide which of the #PokemonSwordShield items below will be distributed during the Players Cup IV broadcasts when they kick off later this summer!
More details here: https://t.co/L8zJEAA4cZ

The winning item will be distributed during the Pokemon Players Cup IV finals, which will be streamed on Twitch and YouTube in July. The Players Cup features dedicated competitions for the mainline Pokemon games, as well as the Pokemon TCG and Pokken Tournament DX. In addition to the winning item, The Pokemon Company will distribute a Beast Ball for Pokemon Sword and Shield and a code for a digital Crobat card for Pokemon TCG Online during the finals. You can read more on the official Pokemon website.

This year marks the 25th anniversary of the Pokemon series, and as part of the celebration, Katy Perry recently dropped a new Pokemon song. Some new Pokemon games are also on the way in the next few months. Later this year, The Pokemon Company is releasing remakes of Pokemon Diamond and Pearl on Switch, while a new adventure called Pokemon Legends: Arceus arrives on the console in early 2022.