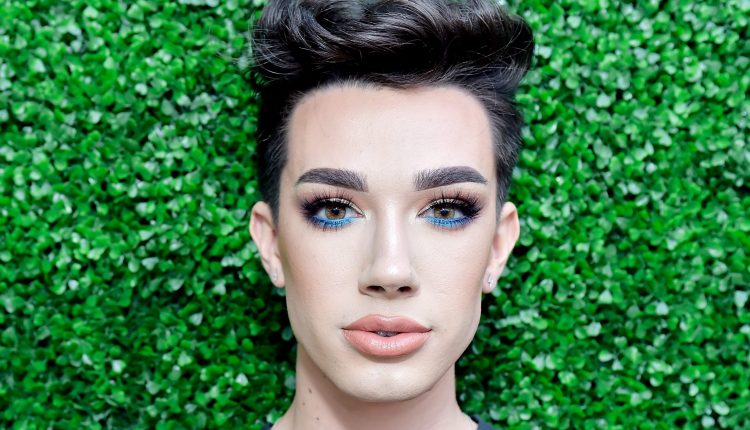 James Charles has addressed his nightmare 2019, saying on TikTok he was cancelled for ‘something I didn’t actually do.’

The influencer was no doubt indirectly referencing his public fall-out with fellow makeup guru Tati Westbrook, telling followers on TikTok: ‘You think you can hurt my feelings?

‘I lose 3 million subscribers in one day & [was] cancelled over something I didn’t actually do.’

He accompanied his words with a video of him smiling to a soundtrack of La Roux’s Bulletproof.

The video follows Tati’s apology to James in June, in which she claimed fellow internet superbrands Jeffree Starr and Shane Dawson ‘manipulated’ her and fed her ‘poisonous lies’ about James.

‘He deserves my first apology,’ Tati said. ‘I am really sorry, James. And I’ve said that privately but I want you to hear it publicly.’

This followed her original ‘Bye Sister’ expose video about James that she posted last year, accusing him of ‘manipulating people’s sexuality.’

Tati gained followers as James lost them, with Jeffree – among others – publicly siding with Tati.

Jeffree also recently apologised to James himself in a vlog, telling viewers: ‘I would personally like to apologise to James Charles for the words that I’ve said and for my actions.

‘If I was really close with someone, I should have had the ability to simply call them and ask and say, “Hey these are the things that are being said to me.”’

James previously broke his silence on Tati’s apology in July, saying on Twitter: ‘Thank you for allowing me to take some time this week, the love and support you are sending has been helping more than you know


MORE : Emmerdale spoilers: Mark Womack reveals DI Malone will kill Dawn Taylor ‘if he has to’

Nikki Bella on enjoying time with her newborn son: ‘I have never cried so many happy tears’