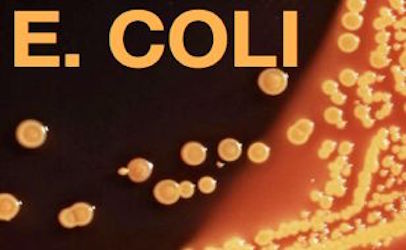 9 sick in Snohomish and King counties.  All under the age of 15, except one woman in her 20’s.

An E. coli O157 outbreak thought to be linked to fresh organic produce is spreading in Washington State, having infected people in four counties as of this afternoon.

“DOH is only reporting confirmed cases infected with bacteria that have been genetically linked, but local health officials may report higher numbers for their counties that include cases still under investigation.”

As of Tuesday morning, the Snohomish Health District was reporting that it has identified two cases of Shiga toxin-producing E. coli (STEC) among local residents. The cases do appear to be connected to a cluster of STEC cases among seven children in nearby King County.

The Snohomish cases involve a woman in her 20s and a child younger than 10 years of age from separate households. The child has been hospitalized, but no further information about the two patients has been released because of privacy laws, according to county officials.

Seattle King County Public Health is investigating a cluster of seven children infected with Shiga toxin-producing E. coli (also known as STEC) in King County. All cases are currently younger than 15 years of age, and three are under 5 years of age. Six of the children have required hospitalization. Cases have been reported from April 22–May 1, 2021.

The investigation is ongoing. Investigators have identified multiple types of fresh produce, mostly organic, in common among the majority of cases but cannot yet rule out other possibilities. They are still uncertain if these cases share the same source of their infection or not.

The current outbreak is similar to an event in recent years.

In 2011 an outbreak of E. coli O157:H7 was linked to eating fresh strawberries produced by Jaquith Strawberry Farm, in Oregon. Fifteen (15) people were sickened and there was one death. The farm sold berries to buyers who in turn distributed them to roadside stands and farmers’ markets in Multnomah, Washington, Clackamas, Yamhill, and Clatsop counties.

The berries a decade ago were sold in unmarked containers. Confirmed cases included residents of Washington, Clatsop, and Multnomah counties. Strawberries had not previously been implicated in an E. coli O157:H7 outbreak in the U.S.

Ten percent of the environmental samples collected at the Jaquith Strawberry Farm tested positive for E. coli O157:H7. Those samples included deer feces; deer were suspected to be the source of the contamination. The outbreak strain was found in samples from fields in three separate locations.