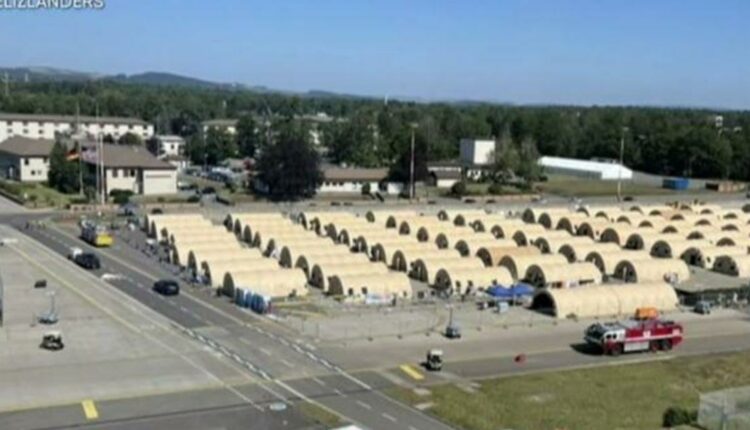 The Biden administration has announced plans to admit roughly 50,000 Afghan refugees into the country. However, the process has proven difficult even for those with American citizenship. CBS News correspondent Christina Ruffini spoke with two Afghan citizens about their experience fleeing the country. Then Liz Landers, chief political correspondent for Vice, joins CBSN’s Lana Zak from Frankfurt, Germany, to describe her time at the Ramstein Air Force Base where thousands of Afghan evacuees have been held as they await processing.

Shonda Rhimes, Eva Longoria among board members to exit Time’s Up