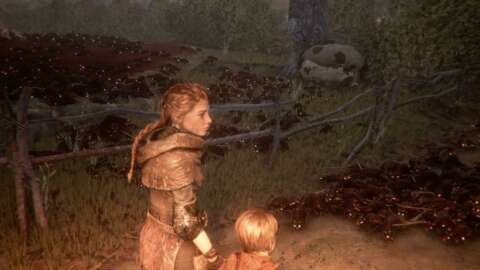 During its Xbox Games Showcase Extended, Microsoft revealed that A Plague Tale: Innocence will be getting an Xbox Series X|S upgrade on July 6. The upgrade enhances the game, making it optimized for the new generation of Xbox.

This means that A Plague Tale: Innocence will get visual enhancements, playing in 4K resolution at 60fps. Though the trailer did not confirm whether it would be the case, we imagine the Series X|S enhancement will improve the load times for the game as well.

Following the reveal, developer Asobo Studio revealed that these enhancements will come to the game when played on PlayStation 5 and the cloud-version on Switch as well.

In GameSpot’s A Plague Tale: Innocence review, Khee Hoon Chan wrote, “Powerfully ghoulish depictions of the plague and rats aside, Innocence is ultimately an emotive story of resilience against harrowing odds. The game’s title is an obvious nod towards the loss of innocence the endearing young cast faces throughout their journey. But more than that, it also speaks of the depths of human depravity and the agonizing cost of survival in the midst of war.”

At the Xbox & Bethesda E3 2021 press conference, Xbox revealed that A Plague Tale: Innocence is getting a sequel, A Plague Tale: Requiem. Requiem will launch on Xbox Series X|S, Xbox One, and PC in 2022.

Castlevania Advance Collection Pops Up On Australian Ratings Board