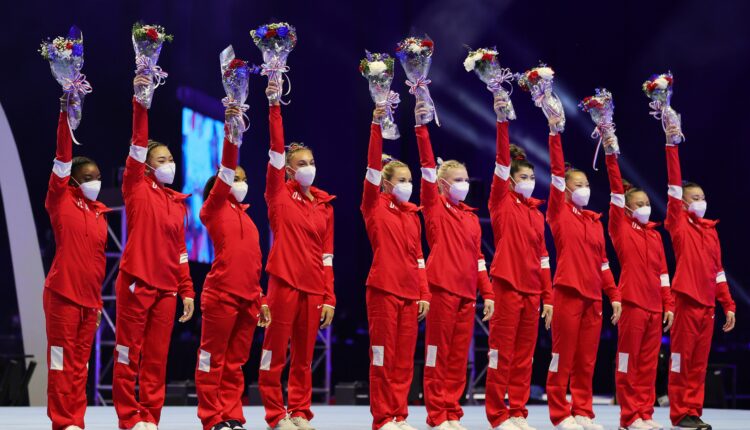 At first, very few details about the case were been made public—including the name of the gymnast who tested positive. Officials identified the gymnast as an alternate on the U.S. women’s gymnastics team who is between 10 and 19 years old, according to NBC News. The gymnast received a positive COVID-19 test on Sunday, July 18 while training in Narita, an area about 35 miles outside of Tokyo.

Eaker is now quarantining and someone identified as her close contact is “on standby,” officials said, per NBC. Since arriving in Japan on Thursday, both people spent their time practicing in venues and staying in their hotels. They did not spend time in the city, the authorities said.

The news of Eaker’s positive test comes just after tennis player Coco Gauff announced she will also have to skip the Games due to a positive test. As part of the new safety protocols for the Tokyo Olympics, athletes get tested for COVID-19 before leaving for Japan, upon their arrival, and every day while at the Games with a rapid test. Any positive test should be confirmed with a subsequent PCR test, according to the protocols.

In an effort to reduce the spread of COVID-19 during the Olympics, athletes are not permitted to explore Tokyo outside of predetermined locations. They’re also not permitted to use public transportation. Although athletes are encouraged to receive the COVID-19 vaccine before coming to Tokyo, it is not a requirement.