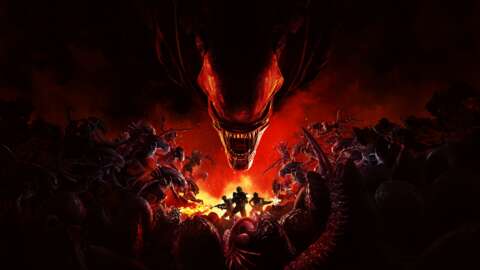 Developer Cold Iron Studios has revealed that Aliens: Fireteam Elite will launch on August 24. The game is now available for preorder as well. The upcoming co-op shooter was originally revealed as Aliens: Fireteam. The “Elite” has been tacked on to the game’s title, revealed alongside the official release date.

Preordering either edition of Aliens: Fireteam Elite will net you the Hardened Marine Pack for free. The pack contains several cosmetic items, such as the “Chestburster” emote, bandanna item, and digital red camo weapon skin.

Taking place 23 years after the events of the original Alien trilogy, Aliens: Fireteam Elite sees you play as a colonial marine aboard the USS Endeavor, which unfortunately finds itself invaded by a swarm of alien xenomorphs after responding to a distress call in the outer colonies.

Aliens: Fireteam Elite will launch for Xbox Series X|S, PS5, Xbox One, PS4, and PC. The game will feature cross-gen play, but no cross-play (so PS5 can play with PS4 but not Xbox or PC, for example).

11 Amazing Date Ideas That Will Make an Impression

Forspoken Gets An AMD FSR Upgrade In New Gameplay Trailer