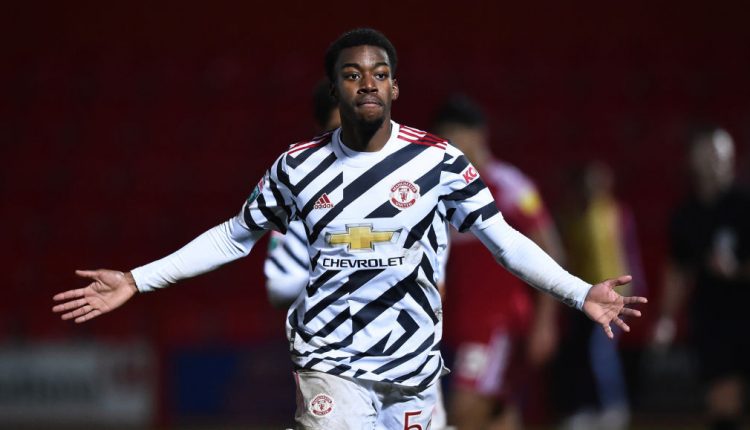 Anthony Elanga in line for Manchester United debut against Granada

Ole Gunnar Solskjaer insists Manchester United teenager Anthony Elanga is not just in his Europa league squad to make up the numbers and stressed the 18-year-old could make his debut in the side’s Europa League quarter-final first leg against Granada.

United added Elanga to their Europa League squad on Tuesday, with Solskjaer keen to bolster his options in attack given the season-ending injury that Anthony Martial sustained on international duty with France.

Elanga has chipped in with eight goals and three assists for the U23s this season and his performances last term earned him the prestigious Jimmy Murphy Player of the Year award.

Solskjaer insists he wanted to promote Elanga earlier on in the campaign and would have done so but for injury, as the Swede’s performances deserved to be recognised.

And the Norwegian boss says Elanga will be on the bench for the trip to Spain on Thursday, putting him in with a chance of making his first team debut for the club.

‘He’ll [Elanga] be in the squad, he’ll be on the bench,’ said Solskjaer.

‘He [Elanga] has a lot of quality, speed and he is a goalscorer. He likes to beat men and has a right foot and left foot.

‘He has an appetite to develop and to keep learning. It’s not just for the experience. He’s ready to play.’

United are favourites to win the competition and Solskjaer hopes to select Marcus Rashford to start in Spain after the forward came through a training session with the group this morning.

The England striker was taken off with 20 minutes to go during Sunday’s win against Brighton and the Norwegian admitted afterwards that it was due to a fresh injury scare.

Rashford has been battling a shoulder injury all season but Solskjaer is desperate to have the winger available for selection as the Europa League represents United’s only chance of silverware this term.

Fire breaks out at Tottenham Hotspur Stadium with 300 people…