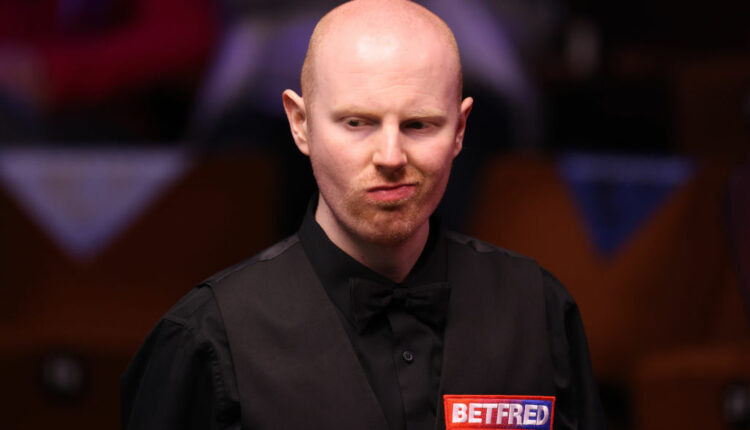 Anthony McGill: The Crucible is really the only tournament I’m bothered about, which is wrong

Anthony McGill’s tag as a ‘Crucible player’ has only been more firmly cemented by a couple of early exits at the start of the new season, and he admits that the World Championship is the only tournament he’s really bothered about.

A 3-1 first round defeat to Zhao Jianbo at the British Open on Tuesday came after an exit from the Championship League at the first group stage last month.

For a player ranked number 16 in the world who has been to the semi and quarter-finals of the Crucible over the last two years, these are disappointing results but not entirely shocking as McGill’s successes over the last three years have been almost entirely reserved for Sheffield.

A slow start to the season in the practice room hasn’t helped, but the Scot admits that he is just not motivated for tournaments away from the big one in South Yorkshire.

‘I’ve not really knuckled down as yet, for whatever reason, so I’m getting what I deserve.

‘It just kind of goes like that with me, I go through spells where I’m really, really into it, I’m practicing a lot and I play some good stuff or else I’m not really putting the work in and that’s what I’m doing right now. I’m going to knuckle down.

‘To be honest, the Crucible is really the only tournament that I’m bothered about, which is wrong, the wrong attitude. I played in the Masters one time and I loved that. Apart from that, all the other tournaments, they just feel the same.’

Despite the disappointing result, McGill enjoyed being back in front of a live crowd again and feels that might be the kick into gear that he needs to get going again.

‘That was nice, out there to play in front of a crowd again, because of the last year obviously,’ he said. ‘I don’t want to go into matches like that and know I’ve not prepared.

‘It didn’t really matter last year because there was no one at the tournaments but I should be better prepared if I’m playing in front of an audience.

‘Last year was no good [behind closed doors]. But even though I got beat I enjoyed the atmosphere, there was more people in than I expected. If that’s what it’s going to be like going forward then I’ll be looking forward to it.’

The ‘Crucible player’ tag is often a synonym for preferring longer formats, but McGill’s two ranking titles have come at the Shoot Out and the Indian Open.

‘I feel as though I prefer longer formats but the two tournaments I’ve won have been short formats,’ Anthony said. ‘I’ve won the shortest format tournament that we’ve got, and Indian one was short. I don’t know, I think my game is definitely good enough, I think a lot of the time it just comes down to desire. I just need to fix it.

‘I feel like that [I prefer longer formats], but it’s also that the Crucible has the most importance to it.

‘But I should try and sort that out because I can probably be doing better than what I am, if I treated every tournament like I do the Crucible I’d be doing better. I need to fix it.

‘Sometimes I think it probably doesn’t mean as much to me as it should, but then the Crucible comes around and it means a lot and I tend to do alright. If I could just get that at all the tournaments, I’d be doing better.’

The 30-year-old has said before that he is confident of winning the World Championship at some point in his career, and he sticks to that prediction, with defeats in other events not impacting his confidence.

‘Yeah, 100 per cent,’ he said of his chance of claiming the world title. ‘Results like today don’t deter me at all, a best-of-five thing. But definitely when I play in those World Championship matches I feel like a different player, but time will tell.’

Will he be doing anything different to put this right? ‘Probably not,’ he laughed.

‘I dunno. I felt so fat in my waistcoat there, I felt awful. I think I’ve put on some weight, I feel bloated all the time. I’ve not been spinning with John. He’s looking good, man, he’s lost a lot of weight in a couple of months. I should get into that with John.’

On an entirely different note, McGill has been known as a string of names through his career to date, including The Smiling Assassin, The Tartan Nugget, Licensed to Thrill and the Glaswegian Gladiator, but he hates every single one of them.

Asked if he wants a new moniker, he had a couple of ideas.

‘I hate all of them,’ he said of his nicknames so far. ‘Don’t like any of them but there’s not one that suits.

‘Can I have the Rocket? If I can play as good as him? No, I don’t like not having a nickname but all the names they’ve given me I don’t like.

‘I can’t think of one. “Mr Crucible, and can’t win a game in any other tournament.” No, you can’t say Mr Crucible unless I’ve won it, because ultimately I still get beat every year.’


MORE : Mark Allen: I didn’t enjoy that at all, give me Judd Trump it’ll be far easier