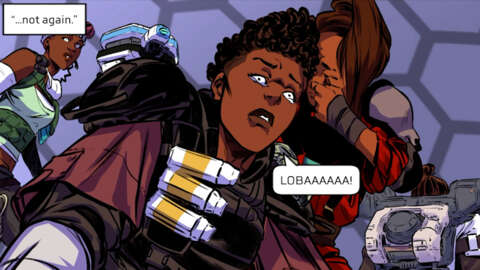 Apex Legends Legacy introduces a brand new season of lore. Join Jordan and Persia as they go over the Legacy Antigen story so far, including the in-game comics, the social comics, and Bangalore’s unfortunate news.

In this video, Jordan and Persia go over all of the lore being introduced to season 9 of Apex Legends. Throughout the season, in-game comics and community-created comics will be released that tell many different sides to our Legends’ stories.

The Legacy Antigen story is introducing the Legacy Antigen that is a deadly toxin released from genetically modified vines. The legends desperately try to find a cure which involves an upcoming trip to Gaea, Valkyrie giving us the details on this new threat, and Bangalore truly having a bad time.

This video features chapters 1 through 4 of the in-game comics along with the community comics from the Prologue, “The Sins of the Father”, “The Boy Who Hated Gibraltar”, “The Truth Comes Out”, and “Wrong Wraith”.

Senators set to begin next phase of bipartisan infrastructure bill

SpongeBob SquarePants: The Cosmic Shake Brings Sweet Victory Back To The Franchise

Paranormal Activity 7 Gets First Trailer And Paramount Plus…