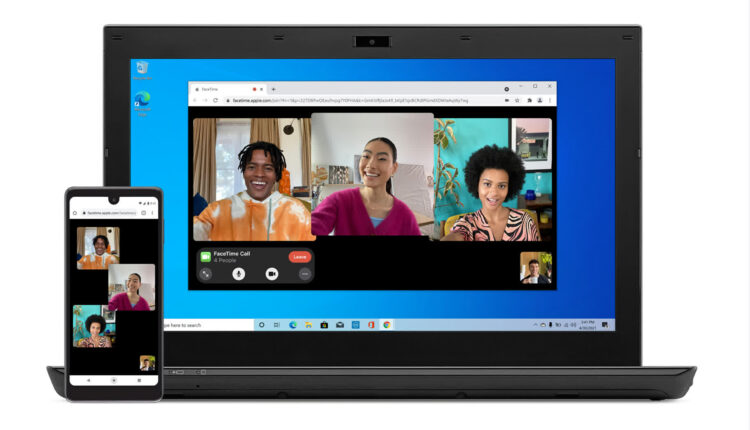 Apple is bringing FaceTime to Android and Windows… kind of

Why it matters: Apple has long gated FaceTime behind its walled garden. Now the company is opening it up to allow Android and Windows users to FaceTime with Apple users, provided they’re willing to use a web browser to do so.

For many, one key reason to remain in the Apple ecosystem is access to iMessage and FaceTime, where their friends and family already are. At Apple’s WWDC 2021, the company announced that it’s making FaceTime available to Android and Windows devices, but not by implementing a native app but using the web browser.

Users will soon gain the ability to share a link to a FaceTime conversation with people outside of the Apple ecosystem. You can send the link in messaging apps or through email. Clicking the link will allow those people to use FaceTime through their web browser while still maintaining FaceTime’s end-to-end encryption. It’s not as convenient as a native solution, but it’s probably a second best alternative.

That said, there’s a delicious irony in Apple only permitting FaceTime via web browsers. Apple famously prohibits game streaming services such as Microsoft’s xCloud and Google Stadia on the App Store. Those companies resorted to a workaround using a web app. There’s no doubt that both Google and Microsoft would welcome a native FaceTime app on their respective platform stores.

Apple is also beefing up FaceTime with new features that longtime users will likely enjoy. First, there is a grid view option that allows you to see everyone in the call, similar to Zoom’s gallery view. Apple is also improving the video call experience by introducing a voice isolation feature to improve voice quality and distinction as well as an option to blur your background.

SharePlay is another new feature that allows a group a people to watch or listen to media simultaneously. Users will be able to share videos, music, or their own screen. While Apple’s first party services like Apple TV+ and Apple Music will use SharePlay, other third party streaming services will also take advantage of SharePlay including Disney+, Twitch, HBO Max, ESPN, and Paramount+.