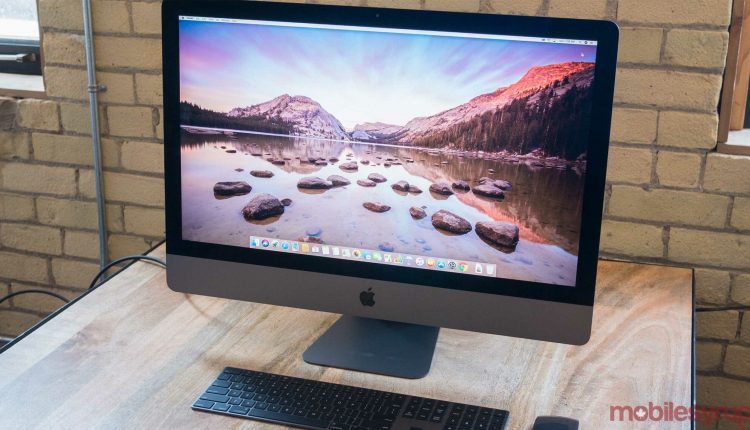 Several changes to iMac and iMac Pro availability on Apple’s website could indicate the company’s rumoured iMac redesign is on the way.

Earlier this month, Apple placed a warning on the iMac Pro store page that the computer would no longer be available once it was out of stock. The computer briefly became unavailable, but stock later returned. It’s now fully discontinued and no longer listed on Apple’s website. Plus, MacRumorsÂ notes that Apple adjusted the Mac compatibility filter for the iMac Pro to say ‘2017’ instead of ‘2017 and later,’ indicating there won’t be any future iMac Pro models.

As for the regular 21.5-inch iMac,Â MacRumorsÂ noted that the 512GB and 1TB SSD configurations became unavailable for purchase in February. Now, Apple has removed both options from its website entirely, suggesting those variants were discontinued.

Over the last few months, rumours about an iMac redesign have swirled. Much of the focus is on Apple Silicon, with rumours pointing to the new iMac sporting a custom Apple chip, likely a suped-up version of the M1. Aside from using Apple Silicon, the new iMacs will likely feature a new look similar to Apple’s Pro Display XDRÂ and could borrow some of the monitor’s fancy display tech too.