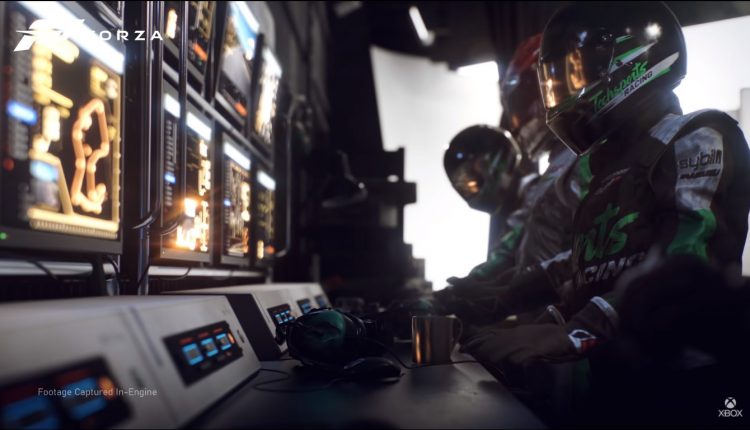 Fans will soon have a chance to play Microsoft’s new Forza Motorsport game, increasing the likelihood that it’ll be released this year.

Microsoft’s plans for this Christmas remain largely a mystery at the moment, although the recent news of a Halo Infinite esports event suggests it is still on schedule to launch this autumn.

What may be accompanying it is Forza Motorsport, which officially doesn’t have a release date but which is now being opened up to playtesting from the fan community.

This isn’t a public beta though but sounds like something much more exclusive, with developer Turn 10 inviting fans to join a feedback programme that may or may not involve ‘in-person play sessions’.

‘We’re going to continue to plan this type of testing as we go in the months ahead and get more and more people from the community in and enjoying this experience. So once again, get on those Forza panels and you’ll actually be able to check out part of the new Forza Motorsport.’

It’s worth noting that Microsoft has only ever referred to the game as Forza Motorsport, without any number at the end of its name. That’s led some to speculate that it’s intended as a reboot and possibly a free-to-play game but there’s never been any clarification of that and it’s unclear if that aspect will be made clear or not via the playtest.

At the very least we should learn more in June as Microsoft has confirmed that they will be taking part in the online-only version of E3 2021, where their Christmas line-up, and beyond, will likely be revealed in full.

Hailey Bieber responds to viral TikTok claiming she was ‘not nice’: ‘I wish I didn’t act that way’

When is the next series of Married At First Sight Australia…

Tower Bridge blocked by XR protesters with a caravan and a…