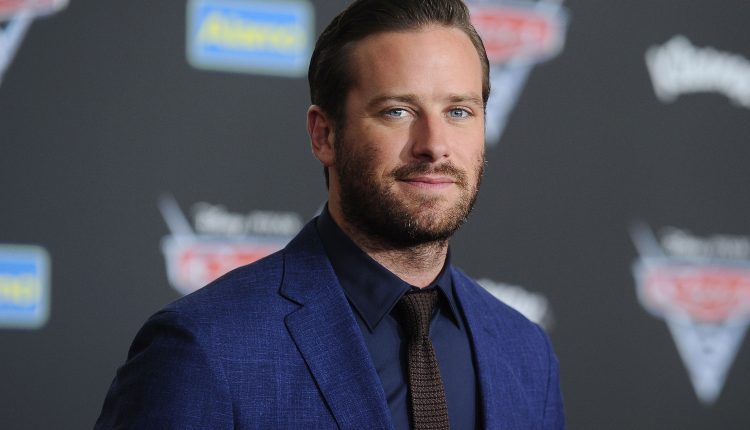 Armie Hammer has dropped out of a planned Broadway production of Tracy Letts’ The Minutes.

In a statement, the actor, 34, revealed he had decided to step away from the production to ‘focus on himself and his health’.

He said: ‘I have loved every single second of working on The Minutes with the family I made from Steppenwolf. But right now I need to focus on myself and my health for the sake of my family.

‘Consequently, I will not be returning to Broadway with the production.’

The production team, led by producer Jeffrey Richards, also added: ‘Armie remains a valued colleague to all of us who have worked with him onstage and offstage on The Minutes. We wish only the best for him and respect his decision.’

Hammer had first appeared in the 2017 Steppenwolf Theatre production of the play in Chicago, and had planned to return for the Broadway version.

The Minutes had been in previews on Broadway just as theatres throughout the US began to shut down in early 2020 as a result of the outbreak of Covid-19.

The play’s opening night of March 15, 2020 was postponed, and has since been rescheduled for March 2022.

It comes amid a series of allegations regarding Hammer, which has led to him leaving several film and TV projects.

The Call Me By Your Name star will no longer be involved in the upcoming movies Billion Dollar Spy and Shotgun Wedding, as well as Paramount+ series The Offer.

However, he will still appear in Disney’s forthcoming film Death On The Nile, which has already wrapped up production. Its release date was recently pushed back to 2022, due to revised scheduling.

Hammer recently denied an accusation that he raped a woman in Los Angeles in 2017.

His lawyer issued a statement to Metro.co.uk calling the allegation ‘outrageous’, and shared an alleged screenshot of messages between them.

In a press conference alongside high-profile US lawyer Gloria Allred, she alleged she was ‘violently’ assaulted for four hours, with Hammer reportedly hitting her head against a wall.

Hammer’s legal team said in response: ‘Effie’s own correspondence with Mr Hammer undermines and refutes her outrageous allegations. As recently as July 18, 2020, [she] sent graphic texts to Mr Hammer telling him what she wanted him to do to her.

‘Mr Hammer responded making it clear that he did not want to maintain that type of relationship with her. The screenshot below is just one of hundreds [she] sent to Mr Hammer.

‘It was never Mr. Hammer’s intention to embarrass or expose her fetishes or kinky sexual desires, but she has now escalated this matter to another level by hiring a civil lawyer to host a public press conference. With the truth on his side, Mr. Hammer welcomes the opportunity to set the record straight.’

They added: ‘From day one, Mr. Hammer has maintained that all of his interactions with [her] — and every other sexual partner of his for that matter — have been completely consensual, discussed and agreed upon in advance, and mutually participatory. [Her] attention seeking and ill-advised legal bid will only make it more difficult for real victims of sexual violence to get the justice they deserve.’

The news comes amid controversy over DMs leaked on social media which have been attributed to Hammer, which described disturbing sexual fantasies.

He addressed the allegations after dropping out of Shotgun Wedding, saying: ‘I’m not responding to these bulls*** claims, but in light of the vicious and spurious online attacks against me, I cannot in good conscience now leave my children for four months to shoot a film in the Dominican Republic.’

Hammer has also been reportedly dropped by his agency WME.


MORE : Bridgerton: Where to see Rege-Jean Page next as he announces he won’t be back for season 2