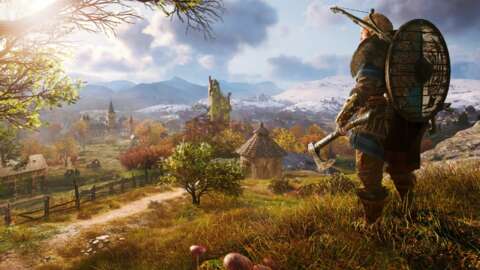 Ubisoft’s latest Discovery Tour DLC is coming to Assassin’s Creed Valhalla on October 19, and this time around will put a bigger emphasis on storytelling compared to Ubisoft’s previous educational experiences.

Where this new Discovery Tour will differ is how Ubisoft says it has changed the formula of the educational DLC series to make the experience “more fun and informative.” Players will actually step into the shoes of various Viking and Anglo-Saxon characters to live their stories, learning details about 9th century Norway and England along the way in a non-violent, interactive educational experience.

Discovery Tour: Viking Age was created in close collaboration with historians and archaeologists, with Ubisoft partnering with a number of different museums including the Hampshire Cultural Trust, The National Museum of Denmark, and The British Library to feature real artifacts. Several of the museums, like the Hampshire Cultural Trust and the Preston Park Museum & Grounds, will incorporate elements from the Discovery Tour into special exhibits coming in 2022.

Assassin’s Creed Valhalla’s latest DLC, The Siege of Paris, released in August, bringing with it new infiltration missions that served as a callback to the gameplay of older, stealth-focused entries in the series.