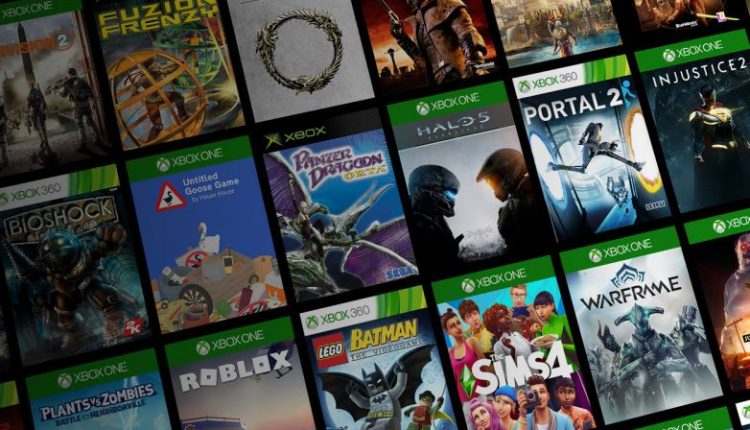 A reader compares and contrasts Microsoft and Sony’s attitudes to backwards compatibility and how important the issue has become.

It’s been often said, and quite correctly, that Sony didn’t win the last generation, but Microsoft lost it. Xbox started off in the worst way possible and never recovered. In fact, for most of the time it didn’t seem as if they were even trying. Some people thought they must be saving up new games to launch with the Xbox Series X but no, they had nothing and they still have nothing – except a lot of newly-paid-for developers and vague promises about future games.

If you bought an Xbox Series X in November then by the standards of all previous generations it has been a disaster, with no new games, or even the promise of any imminent ones, and absolutely nothing to demonstrate the power of what is the allegedly the most powerful console in the world; not even a canned demo like the PlayStation 5 Unreal Engine 5 one.

The PlayStation 5 has been outselling the Xbox Series X but until both consoles are regularly in stock you can’t make any real comparison. Even so, with several new exclusives coming in the months ahead it seems like Sony is well ahead of the competition. Except, over the last few weeks it’s been obvious that it is Microsoft who is winning the war of hearts and minds.

The Xbox Series X has superb backwards compatibility and just when you think it can’t get any better they add a new feature, in this case the ability to stream OG Xbox and Xbox 360 games. At the same time that was happening Sony was shutting down the online stores for PlayStation 3, PSP, and PS Vita, which just about says everything.

I’ve already seen Sony apologists saying, ‘If people wanted those games, they would’ve got them already’, which is a terrible attitude to take. If that was true then nobody would ever buy old games, or movies, or anything else. The option was there and now it’s been taken away and dozens of games have either become impossible to download if you don’t already own them or suddenly found themselves Xbox exclusives.

When Microsoft started pushing backwards compatibility it was very clearly because they didn’t have anything else to do. They had no new exclusives (and still don’t) and nothing to talk about with the Xbox One so did the only thing they could and pretended people carded about backwards compatibility. They didn’t, at first, but now that the features have got better and better, improving old games to the point where they almost seem brand new, the benefits of the feature are made clear.

As with Game Pass, Sony could have copied this approach. Microsoft started doing all this in the middle of the Xbox One’s lifespan so there’s been plenty of time to get things ready for the PlayStation 5, but they arrogantly ignored the issue and still show no sign of changing their approach. At some point they’ll probably offer some sort of half-hearted copy of the same concept, but people make their decision about buying a console early on and don’t often change it, and at the moment the Xbox Series X is looking by far the better choice.

It might not have any exclusives but the Xbox Series X is more powerful, better value for money thanks to Game Pass, and has excellent backwards compatibility that lets you take your whole collection with you. Sony might have the better first party games right now but that could change, so really their most prominent benefit is actually highly unreliable and constantly subject to change. By contrast, the best features of the Xbox are set in stone and only getting better.

Please don’t take me for a mindless Xbox fan boy though. I have serious issues with the way Microsoft is going about securing its content. Not only does their pay to win approach stifle competition but the way they focus solely on American developers and American consumers is highly troubling.

Their attitude to Japan has been, ‘If we can’t control them then let’s try to make them irrelevant’. With Sony taking basically the same approach with their closure of Japan Studio, the AAA games industry is suddenly looking like a much less diverse place in the next generation. Which is a real worry to me as I much prefer Japanese games.

The fact is though that Microsoft currently has the best product and, because they’re hungry and smarting from doing so badly last gen, they’re constantly trying to improve themselves and appeal to customers. It’s an age old story and many predicted that Sony would get arrogant this gen and shoot themselves in the foot, and I’m afraid to say I think that’s already happened.


MORE : The Xbox Series X lack of games is making it a better console – Reader’s Feature