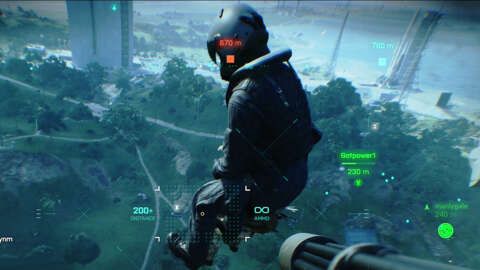 Battlefield has had a lot of incredible bugs and glitches that players uncovered over the years. The latest open beta for Battlefield 2042 is no different, with plenty of silly looking visual bugs and funny physics in action. Here’s a quick compilation of some of our favorite so far.

We’ve been enjoying the Battlefield 2042 Open Beta which runs October 6-9 and includes Conquest mode on the Orbital map. This beta is the first time players can try out the new specialist system, call-in tablet, and new Plus system that lets them swap weapon attachments on the fly. But with betas come hilarious bugs and glitches.

It’s already been confirmed by DICE that the Beta is running on a months-old version of the game. We’re rounding up a quick selection of really funny bugs and glitches including punching bullets into existence and riding a massive rocket into the sky. Battlefield 2042 releases on November 19 for Xbox Series X/S, Xbox One, PlayStation 5, PS4, and PC.