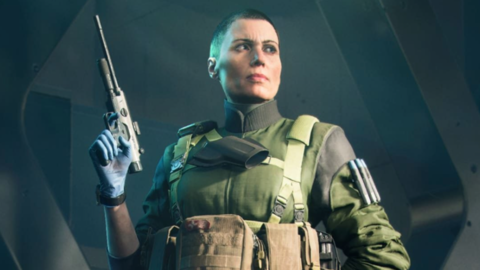 Battlefield 2042: A Big Change To Falck’s Pistol Is Being Made After Feedback From The Alpha

Battlefield 2042 developer DICE has shed some light on one of the notable changes it’s making to a particular part of the multiplayer game due to feedback from the alpha.

Battlefield’s lead community manager said on Twitter that the operator Falck’s S21 Syrette pistol had “significant” enough issues to lead to an overall imbalance to gameplay. This pistol is capable of reviving players at range, but that proved to be too OP. As a result, DICE is changing the pistol so it will only be capable of healing at range but not reviving.

“Balancing games is fun! We love learning when we move into new environments and we’re excited for the things that we’ll learn this month with our open beta expect us to be plenty transparent about how things are performing and the balance changes we’ll make across 2042,” the community manager said.

This information is coming to light just ahead of DICE putting out new “gameplay snippets” for the operators Boris, Casper, Mackay, and Falck. Keep checking back with GameSpot for more.

Battlefield 2042 launches in October, but an open beta is apparently coming up sometime in September, so it might not be much longer until we get to go hands-on with the multiplayer game.

In other Battlefield news, EA has shared lots of new information about Battlefield Mobile, including the release timing, launch content, and cross-play details for the upcoming beta.